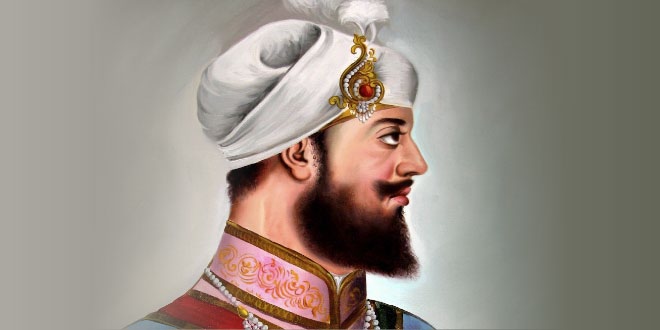 Sikhism was started in Punjab by Guru Nanak in the late 15th century and the followers of this religion are known as the Sikhs. Out of ten million Sikhs in India majority are centered in Punjab.

Guru Hargobind Singh was the sixth guru of the Sikhs. Guru Hargobind Sahib was born at village Guru Ki Wadali in Amritsar district on Harh Vadi 7th (21 Harh), Samvat 1652 according to Nanakshahi calendar that corresponds to 19th June, 1595 as per Gregorian calendar.

Guru Hargobind Sahib carried two swords which are the symbols of shakti (power) and bhakti (meditation). One sword was called ‘Piri’ that was for Spiritual authority and the other for martial Power called ‘Miri’. Riding, hunting, wrestling and scores of other martial sports were introduced. Dhadd-players used to sing the martial songs like ‘Vars’ to motivate the Sikhs of heroic deeds.

Thus, Sikhs became a military force and always continuously on feet to safeguard their independence.

Guru Sahib gave preaching and praying to the Sikhs and discussions were held on the problems of the Sikh nation. It was insisted that they should resolve their own disputes on their own thus contributed in strengthening the Sikh nation.

Thousands of Sikhs visit the Golden Temple to celebrate the ordination day or ‘Gurgaddi Divas’ of Guru Hargobind Sahib on Guru Hargobind Jayanti. Devotees take a dip into the lake surrounding the most revered Golden Temple; they consider the water of river equal to nectar.

Guru Hargobind spent last few years of his life in Kiratpur Sahib and finally his soul departed in 1644. His major contribution to Sikhism is seen by transforming the Sikhs into soldier-saints.
Share 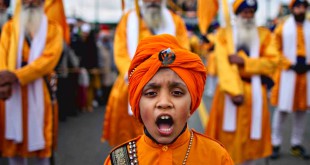