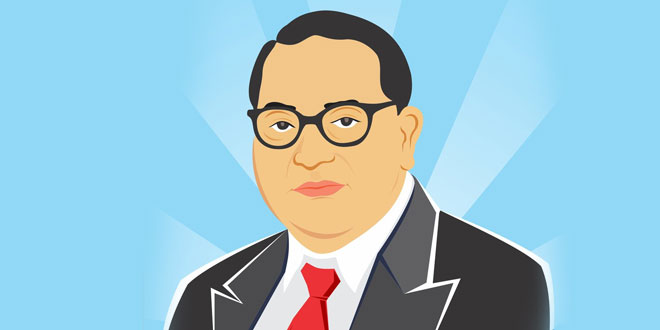 Dr. Bhimrao Ramji Ambedkar had died on 6th of December in the 1956 that’s why Dr. Babasaheb Ambedkar Mahaparinirvan Din or death anniversary is celebrated every year all over the India on 6th of December to pay him a lot of tribute and honor. He is called as “The Father of the Indian Constitution“. The people in India pay him tribute by offering flowers, garlands, ceremonial lamps, candles and literature at his elegantly decorated statue. At this day a large crowd of people visit the Parliament House complex in the morning in order to pay honor and respect by chanting a most famous slogan “Baba Sahib Amar Rahe“. Some people including Bodh Bhikshus sing several sacred songs at this occasion.