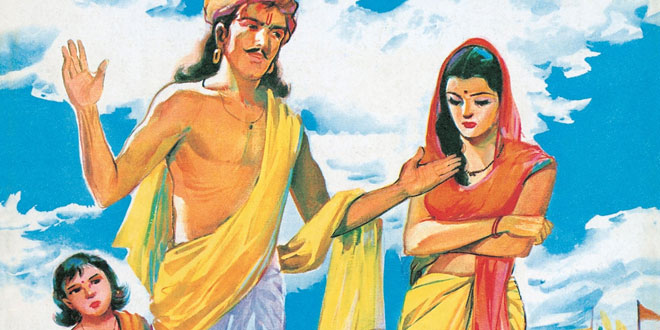 As “Ekadashi” refers to the eleventh day of a lunar fortnight, there are two Ekadashis – one during the waning and the other during the waxing period. Aja Ekadashi is also popularly known as Annada Ekadashi. It is an important day which falls in the month of Bhadra (August-September) as per the Hindu Calendar.

The day is extremely spiritual in nature and emphasizes on control over the needs of one’s body, emotions and hunger. The fast is believed to purify one’s soul by virtue of which a person can attain salvation. It is held in high regard by devotees of Lord Vishnu all across the country. The celebration of Aja Ekadashi involves observation of a fast which is believed to result in the washing away of all the sins committed by the devotee.

However, the fast observed needs to comply with strict standards. Grains, honey and cereals amongst others are prohibited from being consumed. Intake of water is optional but has to be decided with finality before the fast is started. Some devotees fast for over three days. They take a single meal in the afternoon a day before the Ekadashi day. This is done in order to ensure that no residual food remains in the stomach. An austere fast is observed on Ekadashi and the fast is broken after sunrise the next day. However, some people fast only for a day while others fast for two as per their own rituals.

On the day of Ekadashi, the devotee has to wake up early and clean his house. Sesame seeds and mud are used during the bath which is followed by praying to Lord Vishnu. The prayer is accompanied by keeping a kalash on some rice in an auspicious place. The kalash is then covered with a red cloth. This exercise is undertaken by them in anticipation of the belief that the Lord will be pleased by their religious zeal and hence he will bestow his love and affection on his devotees, and eradicate them of their past sins.

Legend says that Raja Harishchandra was the one to popularize this day. His courage, integrity and honesty were undisputed and provided motivation to one and all. Due to his honesty, one day he lost his vast empire and his family including his wife and son, and for years guarded a crematorium like a servant. He was disheartened by his state of affairs until a sage passing by saw his condition and sympathized with him. The sage recommended him to observe the fast on Aja Ekadashi and Harishchandra complied. He was indeed eradicated of his past sins as he gradually regained his empire and was reunited with his family.

Since then, this sacred occasion of Aja Ekadashi is marked by celebrations in various parts of India, by observing a strict fast in order to be purified of their past sins.