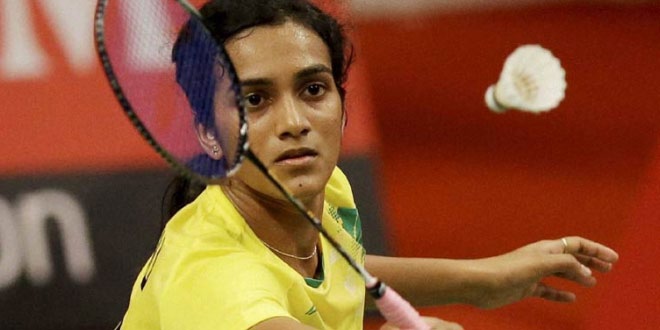 India found a champion with a lion’s heart even as P.V. Sindhu lost to world no. 1, Spain’s Carolina Marin in a nail-biting badminton finals at the Rio Olympic Games.

The 21-year-old Hyderabadi won India’s second medal at the 2016 Olympics and the first silver for an Indian woman athlete ever.

In a closely contested match, which left the nation gasping for breath, Sindhu went head-to-head with Marin, winning the the first round, but she couldn’t best the Spaniard who took the second and third (21-19, 21-12, 21-15).

While stepping on to the court today, Sindhu, the daughter of volleyball players P. Vijaya and Ramana, must have felt the pressure of carrying the hopes of more than a billion people on her shoulder, but the ninth-seeded player kept a cool head, giving the world No.1 a run for her money.

Rifle shooter Abhinav Bindra is the only Indian to have won an individual gold medal in the Olympics, which he did in the 2008 Beijing Games.

Sindhu’s win today is tremendous lift for India, which has had a disappointing Olympics campaign at Rio. Until Thursday, Sakshi Malik’s bronze was India’s only medal until Sindhu beat Japan’s Nozomi Okuhara in the semi-final on Thursday, assuring India of another medal.

At the London Olympics in 2012, India won six medals, two silver and four bronze including in Badminton.