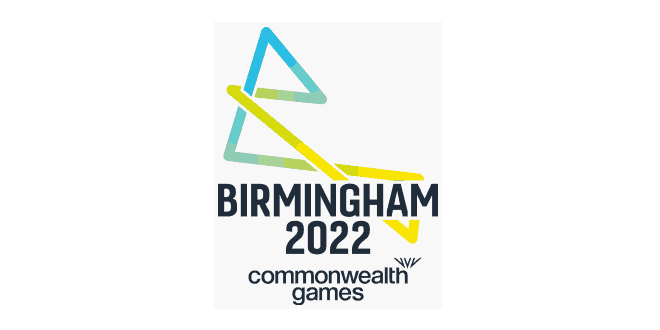 The ranking in this table is consistent with International Olympic Committee convention in its published medal tables. By default, the table is ordered by the number of gold medals the athletes from a nation have won (in this context, a “nation” is an entity represented by a Commonwealth Games Association). The number of silver medals is taken into consideration next and then the number of bronze medals. If nations are still tied, equal ranking is given and they are listed alphabetically by their three-letter country code.

Two bronze medals are awarded in boxing, judo and wrestling.

Additionally, two silver medals were awarded in the Women’s 50m butterfly swimming event, as a result of a tie between two athletes. 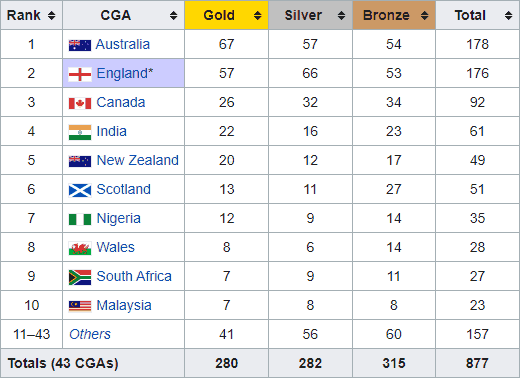 The official emblem was unveiled on 27 July 2019 at Centenary Square during the Commonwealth Social festival. It was designed by local agency RBL, based in Royal Leamington Spa, and is a jagged, triangular “B” shape formed by blue-yellow gradient lines representing the key venues of the Games in the West Midlands. The emblem is also the first to use the new branding for the CGF, as “Commonwealth Sport”. It received a mainly positive reaction from locals in the city and on social media and some compared it to the emblem for the 2012 Summer Olympics and Paralympics.

The official mascot for the Birmingham 2022 Commonwealth Games is Perry, a multi-colored bull. Perry is named after an area of Birmingham, Perry Barr, within which Perry Park and the main athletics stadium, the Alexander Stadium, are located. The bull has a long history with being a symbol of Birmingham, and was positively received by the public on launch. Perry was designed by ten-year-old Emma Lou from Bolton.

India’s Commonwealth Games 2022 campaign ended on Monday with 61 medals – the fourth-best country in the standings in Birmingham.

India won 22 gold, 16 silver and 23 bronze medals to record its fifth-best medal haul in CWG history. Here is a look at the full Indian medal winners list from Commonwealth Games 2022: