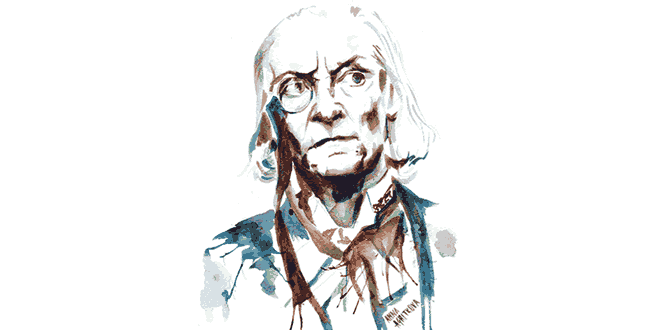 The Doctor Who Did Not Cure: English Folktale

The Doctor Who Did Not Cure: An old woman had lost her eyesight completely. So she went to a doctor to help her see again and made a bargain with him in the presence of a few witnesses. The bargain was that: if he could cure her, he would be paid handsomely. But if he couldn’t, she would not be obliged to pay him anything.

The doctor had a special ointment. When it was applied in the eyes for a certain period of time, it restored the eyesight of anyone who was sightless.

The doctor began to visit his new patient daily to apply the ointment. But knowing that she couldn’t see, he started stealing the valuables in her house, one by one. When there was nothing more left to steal, he decided to cure her and demanded his payment.

The judge asked the old woman why she refused to pay the doctor. To this she said: “The doctor is telling the truth. I did promise to give him money if I recovered my sight. However, if I remained blind, I was to give him nothing. Now he declares that he has healed me and so I should pay him. But I am still blind.”

“Your honour,” replied the old woman. “I really can’t see. Before I lost the use of my eyes, I had seen a lot of valuable goods in my house. But now, though the doctor swears I am cured of my blindness, I am not able to see a single thing of value in it.”

The judge agreed that the old woman was indeed still blind, and let her go without a trial.

~ ‘The Doctor Who Did Not Cure’ folktale by “Anonymous“