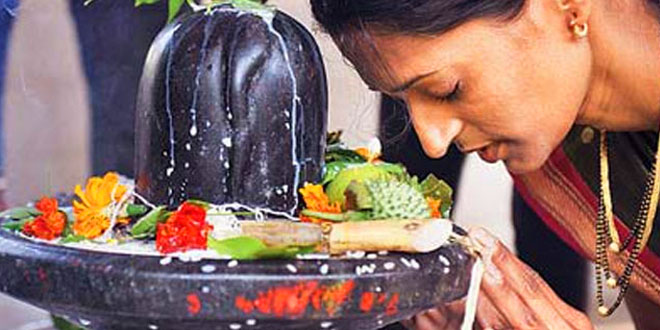 Maha Shivaratri Date: Mahashivaratri is one of the important Hindu festivals, celebrated with pomp and gaiety. It is celebrated on 13th or the 14th night of the new moon during Krishna Paksha in the Hindu month of Phalgun, which corresponds to February-March in Gregorian calendar. The festival is celebrated on moonless night. Dedicated to Lord Shiva, Mahashivratri honors the goodness and power of the Almighty. Since Lord Shiva is one among the Hindu Trinity (the other two being Lord Brahma and Lord Vishnu), he is worshiped by almost everyone, who has faith in Hinduism (Vaishnavas being the exception). Lord Shiva is known for his short-temper, which is often brought down by the pacifying effect of his significant half – Goddess Parvati.

On the glorious occasion of Mahashivratri, the temples worshiping Lord Shiva is flocked by the devotees of the deity. All through the day, they would indulge in the worshiping of the lord, by conducting special pujas in temples or their home and chant the divine mantra of ‘Om Namah Shivaya‘. Many devotees would observe a stringent fast for the entire day, when they would not consume anything other than the specific diet formulated for the day. Mostly, the diet for the fast consists of fruits and beverages including tea, coffee and milk. Non-vegetarian food is strictly not included in the diet. People abstain from any foodstuff made of common salt. In fact, sendha namak (rock salt) is used to make recipes for the day.

Pujas are conducted in Lord Shiva temples to commemorate the festival. According to the Shiva Purana, special pujas should be conducted every three hours, through the day of Mahashivratri. A significant part of the pujas is Abhisheks, wherein milk, yogurt, water, ghee, sugar and honey are poured over Shiva Linga. Celebrations of Maha Shivaratri mainly take place during the night, when the devotees would sing bhajans and chant mantras of the name of the Almighty. The devotees would be awake for the entire night of Mahashivratri, to show their devotion to the deity. Year by year, Maha Shivaratri is celebrated with gusto and great fanfare in India.