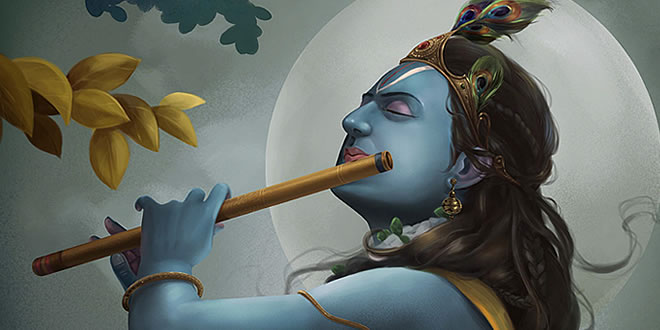 Janmashtami Legends: Interesting legends are related with Krishna Janmashtami celebrations. Go through the article and know about the legends & stories of Krishnashtami.

According to the legends, Kansa was a mighty and discourteous prince of Mathura. His father Ugrasen had chosen Vasudev, one of the highly ranked officials in his army, as the groom for his daughter – Devki (Kansa’s sister). Agreeing to the decision, Kansa arranged a lavish wedding for his only sister. When Kansa was riding on a chariot along with the newly wed couple – Devki and Vasudev – a heavenly voice interrupted the journey. It predicted that Devki’s eighth son would kill Kansa. Upon hearing the prophesy, the self-centered Kansa imprisoned the newly wed couple.

Apart from imprisoning Devki and Vasudev, Kansa also put his own father (the King of Mathura) behind bars. Consequently, Kansa took over as the King of Mathura. He waited until the arrival of the Devki’s first child. The moment Kansa heard the news of the birth of Devki’s first child; he headed towards the prison ferociously, got hold of the newborn and killed the child. The following six newborns of Devki were killed by Kansa in similar manner. When she was about to give birth to her eighth child, a heavenly voice commanded Vasudev to take the newborn to Gokul and exchange it with the newborn girl child of Nanda and Yashoda.

The guards of the prison had fallen into deep slumber. They were unable to inform their master about the birth of Devki’s eighth child. The shackles and the prison gate opened miraculously and Vasudev stepped out of the prison with the newborn, carried in a small basket. In the midnight, Vasudev carried the newborn in the basket and traveled through the waters of stormy Yamuna River. Since it was raining heavily, a huge snake known as Adisesha with its 2000 hoods, glided behind the father and the newborn, in order to act as a protective canopy for the divine child. When Vasudev returned from Gokul, the shackles fastened automatically, the doors of the prison closed and the guards woke up.

Upon hearing the news of the birth of Devki’s eighth child, Kansa went to the cell and got hold of the newborn. Ironically, the child slipped out of his stranglehold and appeared as Goddess, laughing at him. She vanished after telling that the eighth son of Devki (Lord Krishna) had already born and was safe elsewhere. Lord Krishna grew up at Gokul as a mischievous prankster who was the heartbeat of Gokul and the favorite of Gopikas. He grew up as a lovable brat, who played around mischievously and looted fresh Makhan (homemade butter) from every household of Gokul. Year by year, people in Mathura, Gokul and elsewhere in India celebrate the birth of the favorite deity – Lord Krishna on the eighth day (asthami) of Savan month and name it as Janmashtami or Krishnashtami.