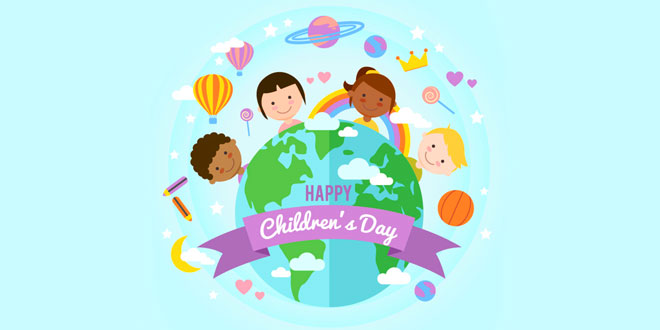 Children’s Day is celebrated on different days throughout the world. The day is mainly associated with the celebration of childhood. The Japanese observe their Children’s Day as a national holiday on May 5th every year, the fifth day of the fifth month. The celebration started off in 1948 to celebrate a child’s life by the Japan government. The festival is known as “Kodomo no hi” in Japanese. The day was initially called “Tango no Sekku” or Boy’s Day or Feast of Banners while the girls celebrated Girls Day as “Hina Matsuri” on March 3rd. Read through the following lines to know all about Children’s Day celebrations and traditions in Japan.

Originally called “Tango no Sekku”, this day was celebrated on the 5th day of the 5th moon, according to the lunar calendar or Chinese calendar. Eventually, with the shift of Japanese to the Gregorian calendar, the date was fixed to May 5, 5th day of the 5th month. It was known as Boys’ Day. However, in 1948, the Japanese government declared this day as a national holiday to celebrate the freedom of children in general and their gratitude towards their mothers. Hence, the name was changed to “Kodomo no Hi”. The festival is marked with colors, excitement and magnificence.

As per the Japanese culture, colorful carp kites, called koinobori flags, are raised on a large carp from houses, indicating the number of boys in the family with the largest kite representing the oldest boy at the top. The traditional Japanese military helmet called kabuto is also raised. Koinobori and kabuto symbolize the strength and health of a boy. The carp is a symbol of determination and vigor, overcoming all obstacles to swim upstream. Shops and stores are flooded with ‘gogatsu ningyo’ (May dolls), masculine samurai dolls of famous historical and literary fame, samurai helmets and armors.

Small dolls and carps are commonly displayed inside the house or in balconies. Kashiwa-mochi (sticky rice cakes wrapped in Kashiwa/oak leaves filled with red beans jam) is the traditional dish prepared on Children’s Day in Japan. Chimaki is another dish served on this occasion. It is sweet rice paste wrapped in an iris or bamboo leaf. The “Kids’ Olympics” is held at the National Kasumigaoka Stadium in Tokyo wherein thousands of children participate. The festival is widely used as a medium for thanking and respecting elders like teachers, parents and relatives.

A common Koinobori song is sung on this occasion that goes as:

(The koinobori are higher than the rooftops
The big black carp is the father
The small golden-red carp is the child
How pleasing it is to swim!
Children are stars. Fish fly. Schools have the day off.)