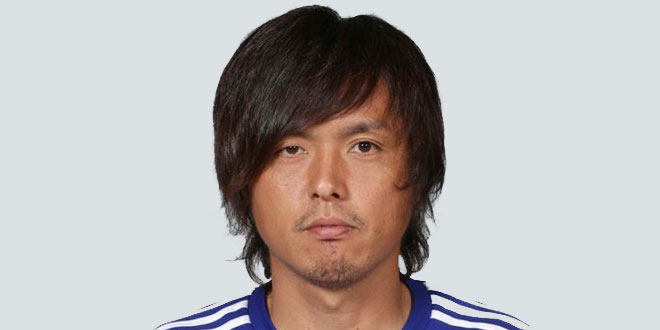 Yasuhito Endo, may never have played club football outside his homeland, but there is little doubt that he is one of the greatest Japanese players of all time. A central midfielder who is equally adept at breaking up opposition attacks as he is at orchestrating player, he is the only man to have been named in the J.League’s team of the season seven years in succession and the reigning AFC Asian Footballer of the Year.

Endo, whose older brother Akihiro also played professionally, started out at Yokohama Flugels in 1998. The club swiftly went bankrupt, but not before the teenager had nurtured his game alongside Brazil international Cesar Sampaio, a man to whom he attributed his evolution into a multi-faceted performer.

Kyoyo Sanga became Endo’s employers in 1999 but when they were relegated in his second season at the club, he moved on to Gamba Osaka. The Kagoshima City native has been at the club ever since, playing an indispensable function in their capture of a series of titles, including the J.League in 2005, the J.League Cup two years later and back-to-back Emperor’s Cups in 2008 and 2009.

The biggest triumph Endo inspired was on the continental scene, however, propelling Gamba to the AFC Champions League crown sealed by a 5-0 aggregate defeat of Adelaide United in the final. The formidable No.7 was duly named as the player of the tournament. The right-footer went on to play at that year’s FIFA Club World Cup, where the Endo-driven Japanese lost 5-3 to Manchester United in a thrilling semi-final before beating Pachuca 1-0 in the match for third place.

Endo has scored over 60 goals in more than 260 games for Gamba, but is also renowned for his work-rate, recovery of possession, masterful distribution and sheer refusal to give up.

The 30-year-old helped Japan finish runners-up at the FIFA U-20 World Cup in 1999, playing in all of their seven matches, including the 4-0 final reverse by Spain. He has been a regular in the senior side since his 2002 debut, and helped them win the AFC Asian Cup in 2004. A free-kick specialist, he is widely regarded as the Samurai Blue’s most consistent player and played in 12 of their qualifiers for this year’s FIFA World Cup.

Since 2002, Endo has been a member of the Japanese national football team, and is in Japan’s 2010 World Cup squad. On 24 June 2010, Endo scored from a free-kick against Denmark in a 3-1 win as Japan qualified for the second round of the World Cup.