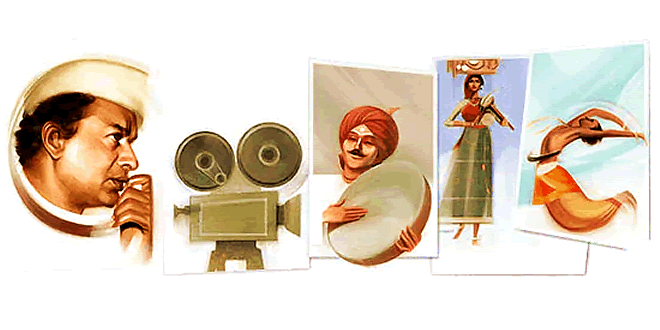 V. Shantaram (original name Shantaram Rajaram Vankudre and fondly called Annasaheb)  (1901-1990) was a legendary filmmaker from whose sensitive imagination, some indelible images of Indian cinema came. His films stood out for their originality and a passionate commitment to human values right from the days of black & white silent films to advent of sound and colour.

V. Shantaram was born on 18 November 1901 in Kolhapur in a Jain family. He had married thrice. His daughter Madhura from his first wife Vimla is married to Pandit Jasraj.

His film career began doing small-time jobs in Maharashtra Film Company of Baburao Painter. In 1921, he debuted as an actor in the silent movie Surekha Haran. For next six decades, he had an illustrious career of a film maker. He was one of the first film makers to realize films as media of social change and used it successfully for exposing bigotry and injustice. His work helped him to win many accolades including Dadasaheb Phalke Award in 1985 and Padma Vibhushan in 1992. He died on 30 October 1990. The Central and Maharashtra state government instituted the V. Shantaram Award in his memory. This award is presented every year on 18th November.