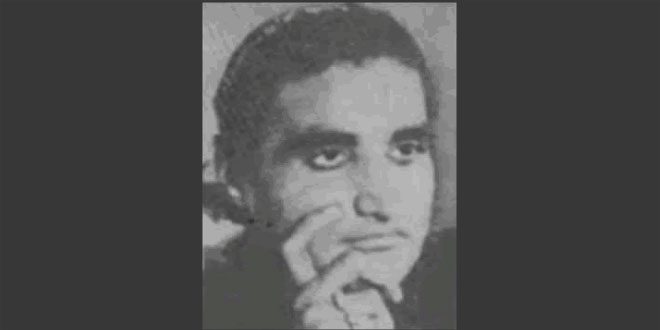 Bharat Vyas was one of the most popular lyricists of Hindi during the era of 1950’s. He is most known for his association with great director V. Shantaram for whom he has penned lyrics for many memorable songs. Songs of Do Aankhen Barah Haath and Navrang are best instances. String his career in the early 1940’s, 1950’s was his golden period and he got opportunity to work with great filmmakers of the time – Bimal Roy, V. Shantaram and Vijay Bhatt. He is the brain behind all time popular prayer sung by Lata Mangeshkar, Ee malik tere bande hum of the movie, Do aakhen barah haath.

Bharat Vyas was born in the year 1918. He entered Bollywood as a lyricist with Duhaai (1943). He wrote 9 songs for this movie. The music of the movie was noted and it got the attention of producer-director W. Z. Ahmed who owned Shalimar Pictures. Thus began his successful association with W. Z. Ahmed and Shalimar pictures. Prem Sangeet was his first movie as a lyricist for Shalimar pictures. He wrote 12 songs for the movie. The first big hit of this production was Man Ki Jeet (1944) where Vyas penned the lyrics of two popular hits – ‘Ae Chand Na Itarana and Aate Hein Mere Sanyya’.

Bharat Vyas left this world on 4th July 1982. For me, He is one of the most prominent lyricists and he penned maximum songs for historical and mythological movies, and surely deserves a place as one of the top lyricists of all time.