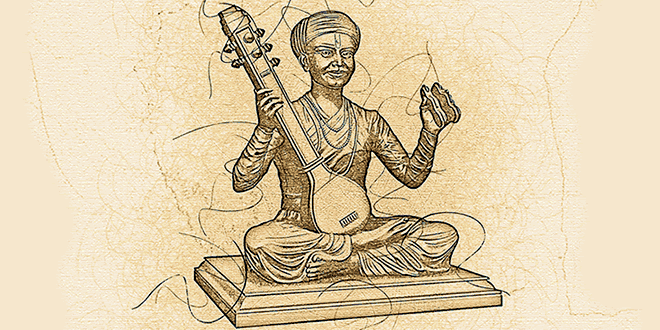 Tukaram was one of the greatest poet saints ever born in India. It is quite renowned for his contribution to the Bhakti Movement of Maharashtra. Read this biography further to know more about the Sant Tukaram Maharaj.

Why is Saint Tukaram famous?

The exact records related to the life history of Tukaram are not available. So, there is a little disagreement regarding his exact birth date. It is considered to be one of the four – 1568 AD, 1577 AD, 1608 AD or 1598 AD. He was born in Dehu, near the Pune city to a trader father. He was married twice. His first wife died of starvation, during a period of severe famine. While, his second wife constantly nagged him for not being able to properly support his family.

Tortured by the death of his first wife, the constant nagging of the second and the failure in his spiritual quest, Tukaram went into a severe depression. By the age of twenty-one, he had lost all the hopes in life and was at the threshold of death. At this point of time, he had a dream, in which one Babaji Chaitanya initiated him into the spiritual path. That particular moment changed his destiny and he started his journey as one of the best poet saints of the country.