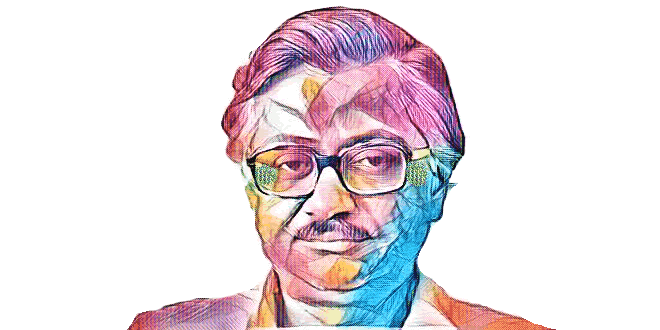 Raja Ramanna (January 28, 1925 – September 24, 2004), D.Phil., was an Indian nuclear scientist and a prominent physicist, is best known for his leadership directing the research integral for the development of Indian nuclear programme in its early stages. Having started and joined the nuclear programme in 1964, Ramanna worked under Homi Jehangir Bhabha, and later directed this program in 1967. Ramanna expanded and supervised the scientific research on nuclear weapons and was the first directing officer of the small team of scientists that supervised and carried out the test of the nuclear device, under a codename ‘Smiling Buddha’, in 1974.

Ramanna associated and directed the India’s nuclear weapons for more than 4 decades, and also initiate industrial defense programmes for the Indian Armed Forces. Because of his directing role and leadership for the developing the Indian nuclear programme for 4 decades, Ramanna is often considered as the “Father of the Indian nuclear programme”, and also was a recipient of highest Indian civil decorations for honoring his services to build the nuclear programme. Ramanna died in Mumbai in 2004 at the age of 79. As a physicist and scientist, Dr. Raja Ramanna received highly respected in both India and academic scientists from Pakistan, and remembered as a leading figure in the development of nuclear physics.

Raja Ramanna, a native of Bombay, was born in 1924 to a Hebbar Iyengar family in British Indian Empire. Ramanna was a versatile scholar, interested in classical Western music, Western literature, and science. He began his studies at Bishop Cotton Boys’ School, Bangalore, where he mostly studied literature and classical musics. He later attended Madras Christian College and resided at St.Thomas’s Hall where he continued his interests in arts and literature but soon shifted to physics. At Madras Christian College, Ramanna obtained B.Sc. in Physics and gained B.A. degree in Classical music in 1947.

The same year, he moved to his native town and joined the Bombay University where he gained M.Sc. in Physics, followed by M.Mus. in Music theory. Ramanna was awarded the Commonwealth Scholarship, and then went to Great Britain in 1952 to complete his doctorate. Ramanna attended London University’s King’s College, a constitute college of London University, and enrolled in doctoral programme there. In 1954, Raja Ramanna obtained Ph.D. in Nuclear Physics and also did a L.R.S.M. from King’s College London. In United Kingdom, Ramanna was offered to do his research at Atomic Energy Research Establishment (AERE) where he gained expertise in nuclear fuel cycle and reactor designing. While in U.K., Ramanna enjoyed his interests in European music and Western philosophy, attending Opera and Orchestra performances every week.

Western music and philosophy remained life long passions for Ramanna, and after returning to India, Ramanna accomplished himself as being one of the talented pianist having performed classical European music, at many public concerts in India and abroad.He also had a great liking for Indian classical music. His music talent was appreciated even in Pakistan. In 1956, Ramanna was invited by National College of Arts and National Academy of Performing Arts to perform and deliver a lecture on classical piano and his performance received a lot of praise.