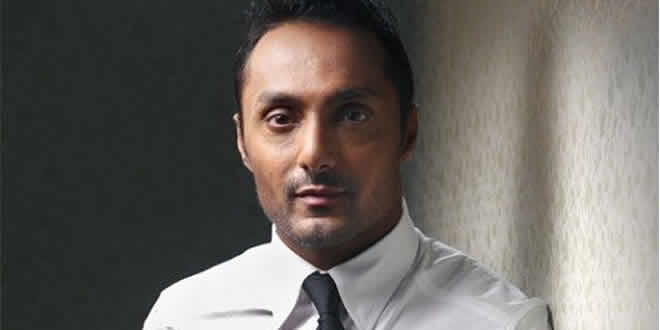 Rahul Bose was born on 27 July 1967. He is an Indian actor, screenwriter, director, social activist, and rugby union player. Bose has appeared in Hindi films such as Pyaar Ke Side Effects and Jhankaar Beats. Time magazine named him “the superstar of Indian arthouse cinema” for his work in parallel cinema films like English August and Mr. and Mrs. Iyer. He is also notable for his social activism: he participated in the relief efforts that followed the 2004 Boxing Day Tsunami and is also the founder of the anti-discrimination NGO, The Foundation. Bose is also a former member of India‘s international rugby team, the National Orange Indian Rugby Team.

Rahul Bose was born to Rupen and Kumud Bose on 27 July 1967 in a Hindu Kayasth family. He has one sister, Anuradha Bose-Ansari. He describes himself as “half Bengali; one-fourth Punjabi and one-fourth Maharashtrian”. He spent his childhood in Kolkata, West Bengal and then moved to Mumbai with his family. His first acting role was at age six when he played the lead in a school play, Tom, The Piper’s Son. As a child he took an interest in sports when his mother introduced him to boxing and rugby union. He also played cricket and was coached by cricketer Mansoor Ali Khan Pataudi.

He is an alumnus of the Cathedral and John Connon School in Mumbai. After being rejected by a number of American universities, Bose attended Sydenham College. While at the college he played on the school’s rugby team and competed at the Western India Championships, winning a silver medal in boxing. After his mother’s death in 1987, Bose began working as a copy writer at Rediffusion. Bose left his job as an advertising creative director to become a full-time actor after the release of his first film, English August.

Bose started his acting career on the Bombay stage in Rahul D’Cunha’s Topsy Turvey and Are There Tigers In The Congo?. D’Cunha’s aunt was the casting director for director Dev Benegal’s film English August and suggested that Bose should play the lead role. After filming a screen test, Benegal decided to cast him as civil servant Agastya Sen. Based on the novel of the same name by Upamanyu Chatterjee, English, August was one of the first Hinglish films and gained Bose international recognition when it became the first Indian film to be purchased by 20th Century Fox and won several awards at international film festivals.

After English, August Bose found work in television; he was offered a role in India’s first English-language television serial, A Mouthful of Sky and also co-hosted BBC World’s Style! with Laila Rouass. In 1998 he appeared in Kaizad Gustad’s Bombay Boys with Naseeruddin Shah and starred in Dev Benegal’s second film, Split Wide Open. To prepare for his role as a roving water vendor, Bose lived in Mumbai’s slums and observed a drug dealer for two weeks. He later cited this time—along with the 2002 Gujarat riots—as the beginning of the awakening of his social conscience. Although Split Wide Open was controversial in India because of its depictions of sexual abuse, Bose received the Silver Screen Award for Best Asian Actor at the 2000 Singapore International Film Festival for his performance. He also performed abroad in the Leicester Haymarket in England where he starred in the English version of Tim Murari’s play, The Square Circle.

In 1997, Bose was cast to play the role of Saleem Sinai in the BBC adaptation of Salman Rushdie’s novel Midnight’s Children. The project was eventually canceled after the Indian and Sri Lankan governments refused to allow filming. After seeing Bose in English, August, director Govind Nihalani cast him in the villain role opposite Ajay Devgan in the mainstream film Thakshak. The film was not a financial success, although Bose received positive reviews.

In 2001, Bose made his directorial debut with Everybody Says I’m Fine!. Starring Rehaan Engineer and Koel Purie and featuring Bose in a supporting role, Everybody received mixed reviews from critics, but won Bose the runner-up John Schlesinger Award for best directorial debut at the 2003 Palm Springs International Film Festival. In 2002, Bose starred opposite Konkona Sen Sharma in Aparna Sen’s art film Mr. and Mrs. Iyer. The film, a critique of communal violence, was a critical success and won several awards at international film festivals as well as three National Film Awards.

In 2003, Bose entered mainstream Bollywood cinema with Jhankaar Beats in which he played one of two friends, R.D. Burman fans who are obsessed with winning a music competition. Boosted by a successful soundtrack, Jhankaar Beats was a surprise hit in urban multiplexes and went on to win several awards for its music. The same year, Bose appeared in another Bollywood film, Mumbai Matinee which saw a UK release. He also starred in Chameli opposite Kareena Kapoor. The film was not a box office success, but won several Filmfare and international awards.

Bose’s second film pairing with Konkona Sen Sharma, 15 Park Avenue released in January 2006. Directed by Aparna Sen and filmed in English, 15 Park Avenue was screened at various international film festivals and was dubbed in Hindi by the cast for its Indian release.

With his next effort, the romantic comedy Pyaar Ke Side Effects, Bose moved once more into mainstream Bollywood cinema. The film follows the rocky relationship of Bose’s commitment phobic Mumbai DJ Sid and his Punjabi girlfriend, Trisha played by Mallika Sherawat. Critics noted the freshness of Bose’s narration style which involves breaking the fourth wall, a device not commonly used in Indian cinema. The film opened well in multiplexes and was a moderate financial success, eventually ranking among the top-grossing films of 2006. Both Bose and Sherawat received positive reviews for their performances and the film’s success prompted a sequel, Shaadi Ke Side Effects, which will begin shooting in 2010. Sherawat and Bose also starred together in another Bollywood comedy, Maan Gaye Mughal-e-Azam, which was a commercial and critical failure.

In 2006, Bose also starred in the first of a trio of Bengali films, Aniruddha Roy Chowdhury’s Anuranan. Anuranan was well received on the festival circuit and ran successfully for three months in Bengal. It was then dubbed into Hindi and released nationally. Kaalpurush, Bose’s second Bengali film, was released commercially in April 2008. Kaalpurush details a father-son relationship and earned writer-director Buddhadev Dasgupta a National Film Award for Best Film. Bose teamed with Chowdhury again in 2009 for Antaheen which tells the story of online relationships. Like Anuranan, Antaheen was released commercially in West Bengal and was screened at various film festivals, including the Mahindra Indo-American Arts Council Film Festival (MIACC) and the International Film Festival of India (IFFI). Antaheen went on to win several National Awards including one for Best Film.

Bose continued working in a mix of mainstream and arthouse films in 2008, with the English language film, Before the Rains. Before the Rains was released in the US and the UK and Bose’s performance was praised by many critics, although the film received mixed reviews. Bose also appeared in Shaurya, a military court room drama modelled on the American film A Few Good Men. Bose’s performance was well-received; critic Taran Adarsh said his “performance easily ranks as one of his finest works”. His appearance in Dil Kabaddi paired him with Konkona Sen Sharma for the third time, this time playing a husband and wife undergoing marital difficulties. The Japanese Wife, with Japanese actress Chigusa Takaku, the third Aparna Sen film in which he has appeared, released on 9 April 2010. He was scheduled to begin shooting his adaptation of Mohsin Hamid’s novel, Moth Smoke in early 2010, but the project was postponed after the film’s financial backers pulled out. Bose’s other upcoming projects include the horror film Fired, Mumbai Chakachak, I Am and Kuch Love Jaisa.

In 1998, Bose was part of the first Indian national rugby team to play in an international event, the Asian Rugby Football Union Championship. He has played both scrum-half and right-winger positions. In an interview with Daily News & Analysis, Bose announced that he would not return to the team for the 2009 season.

Bose is associated with several charitable organizations such as Akshara Centre, Breakthrough, Citizens for Justice and Peace and the Spastics Society of India. In addition, he became the first Indian Oxfam global ambassador in 2007. He is the founder and chairman of The Group of Groups, an umbrella organisation for 51 Mumbai charitable organisations and NGOs. He is also an ambassador for the American India Foundation, the World Youth Peace Movement and Planet Alert. He was also a vocal proponent of Narmada Bachao Andolan and its efforts to halt the construction of the Narvada dam. He also recorded the Terre des hommes audio book Goodgoodi karna, gale lagana; Sparsh ke niyam sikhiye (English: Tickle and hugs: Learning the touching rules), which is designed to give children resources against sexual abuse.

Bose has given lectures on gender equality and human rights at Oxford and during the 2004 World Youth Peace Summit. In 2009, he toured Canada lecturing on global climate change under the auspices of Climate Action Network and demonstrated with protesters at the Copenhagen Climate Change Summit.

Rahul Bose formerly dated Koel Purie, who he directed in his film, Everybody Says I’m Fine!. The couple also appeared together in the 2004 film White Noise.

Previous Georgia State: US Encyclopedia For Students
Next Kargil: Untold Stories from the War by Rachna Bisht Rawat