Georgia State: US Encyclopedia For Students

Georgia, is the largest state east of the Mississippi River. Its territory extends from the Sea Islands on the Atlantic shore to the forested mountains of the southern Appalachians. Georgia shares borders with five states, bounded on the east by South Carolina and the Atlantic Ocean, on the west by Alabama, on the north by Tennessee and North Carolina, and on the south by Florida.

A distinctive feature of Georgia is the paradox of old and new–often side by side. The forces generating change throughout the American South can readily be seen in Georgia. The state has experienced major population and economic growth in recent years. During the 1980s it was among the leading population-growth states of the United States, and Atlanta emerged as the major urban center of the southeastern United States.

Five physiographic regions are identifiable within Georgia: the CUMBERLAND PLATEAU, BLUE RIDGE MOUNTAINS, Ridge and Valley Region, PIEDMONT PLATEAU, and Coastal Plain. Lookout Mountain and Sand Mountain in the northwest corner of Georgia are remnants of the modest synclinal structure associated with the Cumberland Plateau. The surface elevations of these plateau remnants are 450 to 550 m (1,500 to 1,800 ft). The Blue Ridge Mountains extend into northern Georgia from adjacent Tennessee and North Carolina; the highest elevations in the state are found there. The narrow valleys and forested mountains are a major recreational resource. Springer Mountain (1,164 m/3,820 ft) is the southwestern terminus of the APPALACHIAN TRAIL. The Ridge and Valley region extends across northeast Georgia from Alabama to Tennessee. A group of low and open valleys 150 to 250 m (500 to 825 ft) above sea level are separated by ridges that extend 200 to 250 m (675 to 825 ft) above the valley floors. These three mountain provinces–the Cumberland Plateau, Blue Ridge Mountains, and Ridge and Valley area–as a group account for about 15% of Georgia’s land area.

The fall line is associated with the point at which the unconsolidated materials of marine origin forming the Coastal Plain overlap with the geologically older rocks of the Piedmont. In Georgia the fall line extends through the cities of Macon, Columbus, Milledgeville, and Augusta. The border area is marked by low hills–the Sand Hills–that contrast with the low relief of the Coastal Plain. The outer, or Atlantic, edge of the Coastal Plain is composed of offshore islands–including St. Simons, Jekyll, St. Catherines, Sapelo, and Cumberland–and tidal marshes and low marine terraces. One such poorly drained terrace is occupied by the OKEFENOKEE SWAMP, a national wildlife refuge.

A humid subtropical climate with mild winters and hot moist summers is characteristic of most of Georgia. The average annual precipitation varies from about 1,015 mm (40 in) in central Georgia to more than 1,900 mm (75 in) in northeast Georgia. One of two annual precipitation maxima occurs in February or March, when between 100 and 150 mm (4 and 6 in) of rain may be expected because of the high seasonal incidence of cyclonic activity over the southeastern United States. The second maximum occurs in June and July, when precipitation from thunderstorm activity may bring 100 to 180 mm (4 to 7 in) monthly. The number of summer days when the temperature exceeds 32 deg C (90 deg F) are numerous, but in the mountain areas and the hilly Piedmont cool evenings bring welcome relief. Winters are mild, but significant variation occurs from south to north in Georgia. Snow cover lasting more than one or two days or exceeding 50 mm (2 in) occurs only in the mountainous fringe of north Georgia. The great day-to-day variability in winter weather is caused by the interaction of polar and subtropical air masses. Atlanta’s extreme low temperatures are rarely below -10 deg C (14 deg F).

Forest, Georgia’s most common landscape component, covers about 65% of the state; forest area has increased by more than 10,000 sq km (3,860 sq mi) since the 1930s. Complexes of longleaf and slash pines cover most of the Coastal Plain, and loblolly and shortleaf pines forest the Piedmont. A forest of oak and pine is dominant on the upper Piedmont, changing to oak and hickory forest in the mountains. The declining acreage for cropland has allowed extensive forest regrowth of pine.

Georgia has a thriving wildlife population. Bears are limited mainly to the mountain regions and Okefenokee Swamp, but deer, squirrel, raccoon, and bobcat are numerous throughout the state in a habitat enhanced by the extensive forest and grassland. Many of the rivers, reservoirs, and coastal bays and thousands of farm ponds are available for recreational purposes. Lake Sidney Lanier, northeast of Atlanta, is the largest water body in the state. Bass, crappie, bream, and catfish are sought by freshwater-fishing enthusiasts.

Tourism is a major economic activity. Georgia has numerous historic sites: Savannah, an early settlement center and a planned city built to exacting specifications; Atlanta and environs, the site of major Civil War battles; and the coastal zone with its relics of former plantation systems. Automobile traffic that crosses the state en route to Florida adds to the tourism income. The mountains and the Sea Islands are contrasting environments for the many summer vacationers from Georgia and surrounding states. Georgia has many state-supervised recreation areas.

Georgia’s growth and progress in the past two decades is nowhere seen more sharply than in Atlanta and its environs. The city now has a symphony orchestra; boasts professional baseball, football, and basketball teams; and has become a major convention and culture center. Atlanta’s location at the junction of several interstate highways at the southern end of the Appalachians makes it a crossroads city, benefiting from exchange and interaction with other regions. The folk art and culture of the mountain people have fostered crafts fairs and handwork exhibits, often in conjunction with music festivals.

ETOWAH MOUNDS, near Cartersville in northwestern Georgia, are remnants of prehistoric Indian constructions. To the west President Franklin D. Roosevelt’s Little White House in WARM SPRINGS is now a national shrine. Tybee Lighthouse, still standing at the mouth of the Savannah River, was originally built in 1736 by James Oglethorpe; its replacement was reconstructed after the Civil War in 1867. STONE MOUNTAIN, with its Confederate memorial, is east of Atlanta.

Georgia’s communications needs are served by daily and weekly newspapers. Numerous television and radio stations broadcast from within the state.

The earliest known inhabitants of present-day Georgia are thought to have been MOUND BUILDERS, predecessors of the CHEROKEE and CREEK Indians inhabiting the area at the time of European arrival. Hernando DE SOTO crossed Georgia in 1539-40, vainly searching for precious metals and gems, but he established no settlements on the mainland.

Savannah, the first European settlement in Georgia, was established in 1733 by James OGLETHORPE–a British general and member of parliament–for economic and philanthropic reasons. King George II of England granted a charter to Oglethorpe in order to provide a new home for the poor of England. In 1752 the trustees turned over control of the colony to the royal government. Georgia became actively involved in the AMERICAN REVOLUTION in 1778 when the British captured Savannah. This seizure was followed by the eventual British seizure of all Georgia except for Wilkes County, northwest of Augusta.

Settlement had first expanded along the coastal zone and Sea Islands. Interior settlement occurred later, between 1770 and 1840, when settlers moved southwestward from Virginia and the Carolinas. That it took nearly seven decades after 1770 to complete the settling process of the state was in no small part due to the resistance of the Creek and Cherokee Indians. In a series of land cessions, the Creeks were pushed westward from river to river, until by 1826 all Creek Indian lands had been seized. During the following 12 years the Cherokee Indians of north Georgia–an Indian nation remarkably advanced and rapidly acculturating–were also deprived of their territory. In 1838 the federal government forcibly removed the Cherokee people to lands in western territory, an exodus that would come to be known as the “trail of tears.” Portions of Georgia, such as the Pine Barrens of southeast Georgia and the southwest, remained sparsely populated until well after the Civil War. Along the coast and on the Sea Islands a black culture known locally as “Gullah” developed among the slaves tending the cotton and rice fields.

The advance of settlement between 1780 and 1840 was encouraged by improved cotton-ginning technology and the increased markets for cotton in Europe. The corollary of this was an intense demand for land, for slaves, and for the removal of Indians. The expansion of the planter system not only set distinctive demographic patterns but established a social, economic, and political structure that prevailed in the state well into the 20th century.

The CIVIL WAR was a period of disruption and destruction in Georgia. The Union army of General William Tecumseh SHERMAN crossed the state in 1864. After burning Atlanta in November of that year, he and his 60,000 men moved eastward, reaching Savannah in 29 days and leaving devastation in their wake. During RECONSTRUCTION the Georgia legislature’s refusal to ratify the 14th AMENDMENT placed the state under the military rule. Georgia was readmitted to the Union in 1870.

Although slavery was declared illegal, planters and ex-slaves adopted a tenancy system that kept many blacks and whites in poverty until the system’s demise after World War II. In addition, few late 19-century European immigrants coming to the United States settled in Georgia, leaving the prevailing social system undisturbed.

The decade of the 1920s was significant in Georgia’s history because of the rapidity with which agriculture declined in the state. Boll weevil infestations during the period virtually destroyed the cotton crops, forcing workers off the land. The out-migration from the farms and from the state as a whole exceeded any movement into Georgia, but the population continued to increase because of a high birthrate. The great northward migration during this century, however, reduced the black population from the 47% of 1900 to 27% in 1990.

The post-World War II era has been one of economic development and new social attitudes–amounting to an economic and social revolution. Business has greatly expanded and many new jobs have been attracted to Georgia, especially the Atlanta area. In 1990, Atlanta was chosen to host the 1996 Olympic Games.

The CIVIL RIGHTS movement and its achievements in the 1960s have particularly altered urban life in Georgia. Blacks have united to become a political force in Georgia’s cities. Indeed, black mayors have dominated the Atlanta political scene since the early 1980’s.

“Georgia on My Mind.”

Previous Rhode Island State: US Encyclopedia For Students
Next Rahul Bose Biography For Students and Children 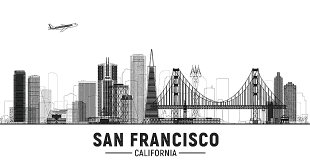