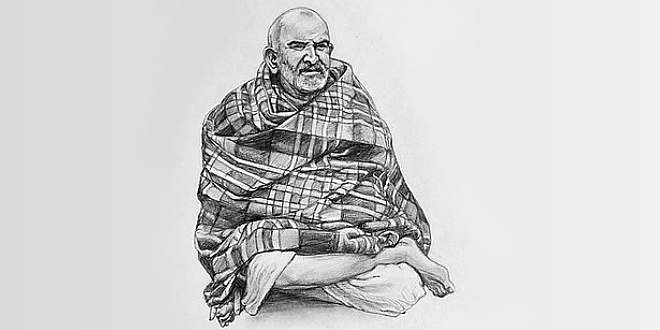 This person’s full name is Dev mishra Neem Karoli Baba. He was born in 1900. He died on September 11, 1973. He was known to his followers as Maharaj-ji. Neem karoli baba was considered a Hindu guru and he was a very big devotee of the mysterious and Hindu deity Hanuman. So let’s find out more about him.

Neem karoli baba has become famous for being the guru of numerous Americans who have traveled outside India in the 1960s and 1970s. Neem karoli baba is well known as spiritual teachers Ramdas and Lord Das, and musicians Krishnadas and Jai Uttal.

When Baba Ji was 11, he was married to a Brahmin girl, he became a wandering monk. He then returned home at the request of his father to marry and gave birth to two sons and a daughter. Due to the miracles shown in this train, a railway station was set up in the village of Nib Karri and Baba lived for a while in the village of Nib Karri and was given the name Neem karoli baba by the locals.

Then Neem karoli baba wandered all over North India. During this time Baba became known by many names including Lakshman Das, Handi Wallah Baba, and Tikonia Walla Baba. When Neem karoli baba performed penance and meditation at Vavaniya Morbi in Gujarat, they were called Tallaiya Baba.

He lived in Kainchi Dham ashram for the last decade of his life and was built there in 1964 from Hanuman Temple. When the inauguration of the Kainchi Dham Bhandar temple is celebrated, there are more than one lakh devotees visiting.

Baba Ji died early morning of a heart attack at a hospital in Vrindavan, India. Then the tomb of Baba Ji was erected in the temple complex of Vrindavan Ashram, which also houses some of his personal belongings.

He was a lifelong master of devotional yoga and encouraged the service of others as the supreme form of unconditional devotion to God. He is known and seen in many parts of India under different names, in recent years, non-Indian devotees of Baba used to refer to him as Limoi Karoli Baba, but mostly known as “Maharaj ji”.

Neem karoli baba liked to joke and there was gossip and laughter. And they were ordered to run the monastery. He is usually silent sometimes with various items in the compound.

Among the most prominent disciples of this Baba were spiritual teacher Ram Dass, performer Bhagwan Das, Lama Surya Das and musicians Jay Uttal and Krishnadas and Trevor Hall. Other notable devotees of Baba Ji include humanitarian Larry Brilliant and his wife Girija, grandfather Mukherjee who is a former professor at Allahabad University, scholar and writer Yvette Rosser, John Bush, filmmaker, and Daniel Goleman, The Warriors of the Meditative Experience and Is the author of Emotional.

After returning to the United States, Ram Das and Larry Brilliant founded the International Health Organization Service Foundation based in Berkeley, California. They are committed to applying this Baba’s teaching to end world poverty. In the late 2000’s, there developed another ‘Love Serve Remover Foundation’, which aims to preserve and continue the teachings of Neem karoli baba.