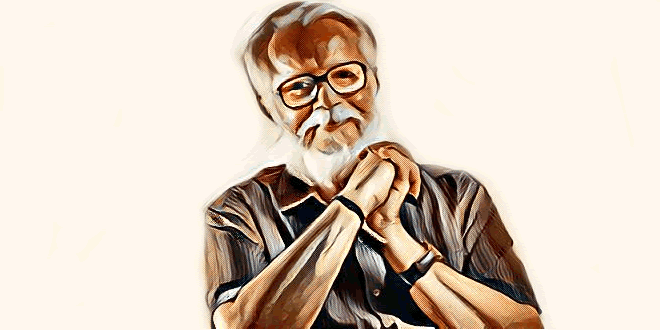 S. Nambi Narayanan (12 December 1941) is an Indian scientist and an aerospace engineer. He was awarded the Padma Bhushan, the third-highest civilian award in the Republic of India. The scientist was instrumental in developing the Vikas engine that would be used for the first PSLV that India launched. As a senior official at the Indian Space Research Organisation (ISRO), he was in-charge of the cryogenics division. In 1994, he was falsely charged with espionage and arrested. The charges against him were dismissed by the Central Bureau of Investigation (CBI) in April 1996, and the Supreme Court of India declared him not guilty in 1998.

In 2018, the Supreme Court, through the bench of Dipak Misra, awarded Narayanan a compensation of ₹ 5,000,000 (roughly US$70,000), to be recovered from the Government of Kerala within eight weeks. However the Government of Kerala decided to give him ₹ 1.3 crore (₹ 13,000,000; roughly US$183,000). The apex court also constituted a committee headed by retired Supreme Court judge D. K. Jain to inquire into the role of officials of the Kerala police in the arrest of Narayanan. He was awarded India’s third highest civilian award, the Padma Bhushan, in 2019.

S. Nambi Narayanan was born into a middle-class Tamil Brahmin family on 12 December 1941 in Nagercoil, Travancore, which is in present-day Kanyakumari District of Tamil Nadu, where he also completed his schooling at DVD Higher Secondary School. His family traces its roots to Tirukurungudi village in Tirunelveli District of Tamil Nadu.

Narayanan first met Vikram Sarabhai, the then Chairman of ISRO, in 1966 at the Thumba Equatorial Rocket Launching Station in Thumba, Thiruvananthapuram, while he worked as a payload integrator with another eminent scientist Y. S. Rajan there. Also chairman of the Space Science and technology Centre (SSTC) at the time, Sarabhai only recruited highly qualified professionals. In pursuit, Narayanan enrolled at the College of Engineering in Thiruvananthapuram for his MTech degree. Upon learning this, Sarabhai offered him leave for higher education if he made it to any of the Ivy League universities. Subsequently, Narayanan earned a NASA fellowship and was accepted into Princeton University in 1969. He completed his master’s program there in chemical rocket propulsion under professor Luigi Crocco in a record ten months. Despite being offered a job in the US, Narayanan returned to India with expertise in liquid propulsion at a time when Indian rocketry was still solely dependent on solid propellants.

Narayanan introduced the liquid fuel rocket technology in India in the early 1970s, when A. P. J. Abdul Kalam’s team was working on solid motors. He foresaw the need for liquid fuelled engines for ISRO’s future civilian space programmes, and received encouragement from the then ISRO chairman Satish Dhawan, and his successor U. R. Rao. Narayanan developed liquid propellant motors, first building a successful 600 kilograms (1,300 lb) thrust engine in the mid-1970s and thereafter moving on to bigger engines.

In 1992, India signed an agreement with Russia for transfer of technology to develop cryogenic fuel-based engines and procurement of two such engines for ₹ 235 crore. However, it did not materialize after the US president George H. W. Bush wrote to Russia, raising objections against the transfer of technology and even threatening to blacklist the country from the select-five club. Russia, under Boris Yeltsin, succumbed to the pressure and denied the technology to India. To bypass this monopoly, India signed a new agreement with Russia to fabricate four cryogenic engines, alongside two mockups for a total of US$9 million, after floating a global tender without a formal transfer of technology. ISRO had already reached a consensus with Kerala Hitech Industries Limited which would have provided the cheapest tender for fabricating engines. But this failed to materialize due to the spy scandal of 1994.

After working for nearly two decades, with French assistance, Narayanan’s team developed the Vikas engine used by several ISRO rockets including the Polar Satellite Launch Vehicle (PSLV) that took Chandrayaan-1 to the moon in 2008. The Vikas engine is used in the second stage of PSLV and as the second and the four strap-on stages of Geosynchronous Satellite Launch Vehicle (GSLV).

Sir, we are doing our duty. If what you are saying is the truth and you are vindicated, you can slap us with your slippers.

Let them sell their houses and pay. We are not concerned. We will clarify in our order that his reputation was dented… by this judgment, his reputation is reinstated.

His autobiography titled “Ormakalude bhramanapadham” was revealed on 26 October 2017. The book deals with the ISRO espionage case in which Nambi Narayanan, along with five others, were subjected to repeated third degree and sustained interrogation by the Kerala Police and Intelligence Bureau in the early 1990s. The other suspects in the case included ISRO scientist D. Sasikumaran, Russian space agency official K. Chandrasekhar, and ISRO’s contractor S.K. Sharma and two Maldivian women.