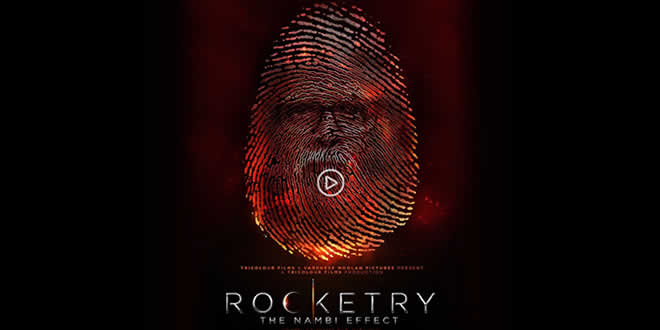 Based by the life of ISRO Scientist Nambi Narayanan who was falsely accused of being a spy and arrested in 1994. Though free, he is still fighting for justice, with those police officials alleged to have falsely implicated him, still free.

Rocketry: The Nambi Effect is an upcoming Indian biographical drama film based on the life of Nambi Narayanan, a former scientist and aerospace engineer of the Indian Space Research Organisation who was accused of espionage. The film is written, produced and directed by Madhavan in his directorial debut, who also stars in the lead along with Simran Bagga.

The film was shot simultaneously in Hindi, Tamil and English, and will also be released simultaneously in the dubbed Telugu, Malayalam and Kannada languages. The story spans across Narayanan’s days as a graduate student at Princeton University, before exploring his work as a scientist and the false espionage charges placed upon him. Having begun pre-production works in early 2017, the theatrical trailer of the film was launched in April 2021 across six languages.

Work on the project was first reported by Madhavan in the media during April 2017, when he announced that he was set to appear in a biopic featuring the “extraordinary story of an unsung hero”, who was “neither an actor nor a sportsman”. He called the project his “biggest film ever” and stated that he had worked silently on the script of the film for a period of two years after becoming intrigued by hearing the tale of the former Indian Space Research Organisation (ISRO) scientist Nambi Narayanan’s false espionage charge. To develop the script and to provide a more factual account of the events, Madhavan regularly met with Narayanan, garnering his approval for the film and discussing the scientist’s life experiences. As a result of their conversations, Madhavan chose to alter his original script to include portions from Narayanan’s entire career and his services to the Indian space programme, rather than just matters related to his 1994 arrest. For the script, he also took inspiration from Narayanan’s autobiography Ormakalude Bhramanapadham (2017) and Arun Ram’s official biography of the scientist titled Ready To Fire: How India and I Survived the ISRO Spy Case (2018).

In October 2017, Madhavan confirmed that pre-production work for the film was underway and that he would portray Narayanan from the ages of 27 to 75, and that he was gaining weight to film the scenes featuring the older version of Narayanan first, after taking advice from Aamir Khan. Madhavan also announced that alongside his screenwriting and acting credits, he would also be one of the producers of the project.

In late 2017, Madhavan held discussions with the likes of S. S. Rajamouli to be the film’s director, before confirming Anant Mahadevan, who had previously directed Madhavan in the Hindi television serial Ghar Jamai (1997) and the romantic drama film, Dil Vil Pyar Vyar (2002). In regard to making of the film, Anant Mahadevan stated that he hoped to differ in the script in comparison to other biographical films, and suggested that he would not call the film a “biopic” but an “incisive investigation into a brilliant mind and India’s ambitious space technology”. He also added that he felt that Madhavan was the “only Indian actor qualified to do this part” owing to his background as an electronic engineer with air-force training, and because he was “a thinking-actor who is also well-read”. Madhavan was later announced as a joint director of the film.

Tricolour Films announced the title of the film Rocketry: The Nambi Effect and unveiled a minute-long teaser for the film on October 31, 2018 to mark the start of production. A launch event also coincided with the teaser release, with Nambi Narayanan himself in attendance. A theatrical trailer of the film was released online in six languages on April 1, 2021. Madhavan recalled a conversation that he had with Nambi Narayanan to explain the trailer’s release coinciding with April Fools’ Day, where the scientist had described himself as a “fool” who had been the “victim of his own patriotism”. Madhavan stated he hoped to dedicate the trailer to these ‘fools’ who are “incredible unsung heroes and make this world a better place”. It received positive responses, with Manoj Kumar of The Indian Express and a reviewer from The News Minute both calling the trailer “riveting”. A number of film personalities including Amitabh Bachchan, Priyanka Chopra, Suriya, Hrithik Roshan and Samantha Akkineni shared and praised the trailer.