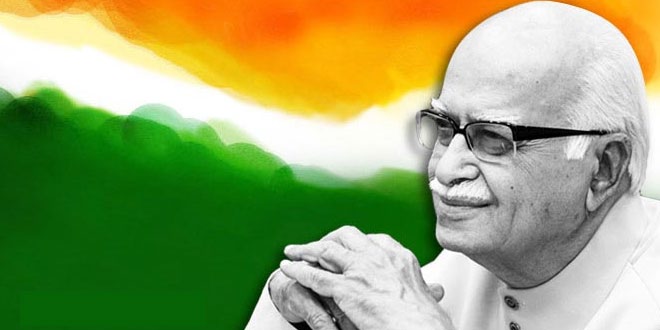 Lal Kishanchand Advani (born 8 November 1927, Karachi) known as Lal Krishna Advani is an Indian politician. A former president of the Bharatiya Janata Party, which is currently the major opposition party in the Indian Parliament, he served as the Deputy Prime Minister of India from 2002 to 2004 and was the Leader of the Opposition in the 10th Lok Sabha and 15th Lok Sabha (Lower House of the Indian Parliament).

Advani, who began his political career as a worker of the Rashtriya Swayamsevak Sangh, is often referred to as the iron man of contemporary India.

Even though AB Vajpayee has been regarded as the face of Bharatiya Janata Party for long, it is Advani who turned the tide in favour of the party. It was his yatra for the construction of Ram Temple that translated into a swing in the BJP’s political fortunes in the 1991 elections.

Advani is known as the man who colored the Indian politics saffron. He served as deputy prime minister in Vajpayee’s government until its defeat in the elections of 2004. Since then he has been leader of the opposition in parliament. But controversy is something that refuses to leave Advani. Whether it is his views on Jinnah or his frequent run-ins with RSS, he has had his share of political storms.

However, there is another side to the BJP’s iron man that few are aware of. He is an avid Bollywood buff and an enthusiast for the writings of Alvin Toffler about the need to adapt to a changing world. Mr Advani also has a reputation for being a strict disciplinarian and a family man.