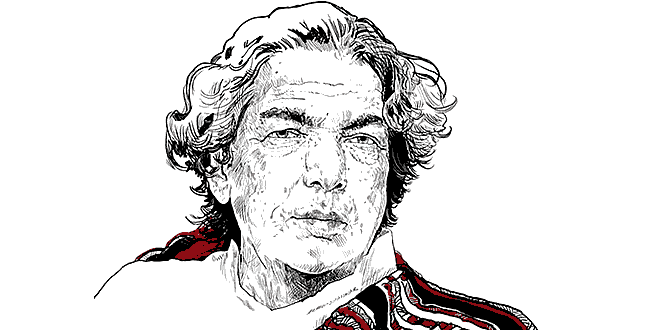 Born:
Sayyid Akhtar Hussein Rizvi (14 January 1919, Azamgarh District, Uttar Pradesh)
Died:
10 May 2002 (aged 83) Mumbai, Maharashtra, India
Spouse(s):
Shaukat Kaifi
Children:
Shabana Azmi, Baba Azmi
Occupation:
Poet, Lyricist, Songwriter
Born as Akhtar Hussain Rizvi in a family of landlords of a small town of Uttar Pradesh, Kaifi Azmi was a very renowned Urdu poet of India. Though his father, Syed Fateh Hussain Rizvi was a landlord, he also worked as a Tehsildar in a small state in Uttar Pradesh. He wanted to send him to a school that imparted English education. Despite his best efforts, he could not do so because he faced stiff opposition from the elders of the family. Others wanted him to become a theologian and Kaifi Azmi was sent to a very reputed institution of Lucknow that was called Sultan al Madaris. Kaifi Azmi was a radical thinker and this created many problems for the institution. To know more about Azmi, continue to read this insightful biography on him.

Azmi was instrumental in creating a Student’s Union and asked every student to go on strikes to get their demands fulfilled. The College authorities were provoked and they expelled Kaifi Azmi out of the college. Though he could not become a theologian, he got many degrees in different languages and mastered languages like Arabic, Urdu and Persian. He also passed various examinations from the University of Allahabad. Many great writers of Lucknow noticed him and they gave him constant encouragement and support. He started to rise up on the ladder of poetry and rapidly gained fame and recognition. He began from a very tender age of 11. His initiation into poetry has an interesting story behind it.

He managed to get himself invited to a Mushaira (poetry recital event) once. Over there, he recited a couplet, which was very much appreciated by everyone present there. When the news reached his father, he said that Kaifi must have recited his brother’s ghazal. But when his brother denied it, people were very fascinated by this young protégé. With his poetry, he also joined the communist party during the Quit India movement for independence.

He left his comfortable life and worked in the textile mills of Kanpur, all this at a young age of 24. He was required to shift to Bombay and work there for his party. At the same time, he was asked to attend Mushairas every now and then in different parts of the country. Once while attending a Mushaira in the city of Hyderabad, he met a beautiful woman named Shaukat. The two fell in love and married soon. Shaukat Kaifi went on to become a famous theater artist and also worked in Hindi movies.

As a ghazal writer, Kaifi Azmi used a lot of romance and love in his poetry. But as he evolved into much more serious forms of writing, he started to write on the disturbances in the society and what the common man was going through. His poetry began to make people socially aware of their surroundings. He highlighted exploitation of the poor and generated much sympathy for the downtrodden section of the society. His poetry has a powerful and intense form of emotional compassion. His poems are famous for rich imagery and his contribution in the field of Urdu poetry is immense. He has won many awards and has also tried his hand at films and acting. He had won many accolades in his life, which included Sovient Land Nehru Award and Sahitya Akademi Award. He was also presented with the prestigious Millennium Award by the Delhi Government and the Urdu Academy of India. The Maharashtra government honored Azmi with Dnyaneshwar award in the year of 1998. He was also conferred with a doctorate from Vishva Bharati University, Santiniketan.

He expired on May 10th 2002, after a series of cardiac problems.