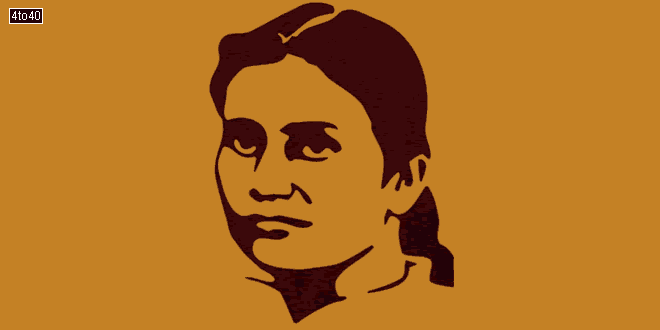 Kadambini Ganguly, one of the first women graduates from India and the entire British Empire, who moved on to become one of the first female physicians trained in western medicine in the whole of South Asia.

During the East India Company’s rule in India, women’s rights and education seemed a far cry. Women hid behind their veils, and social evils like child marriage and sati marred society.

Most women were not allowed to get an education or be working professionals. Marriage, childbearing and rearing were deemed the only aspirations they could have.

But this is NOT a story about oppression. Instead, it is a coming-of-age story of the earliest female emancipation in pre-partition India. Of how one woman smashed the glass ceiling, shattered all stereotypes and became a trailblazer for generations to come.

With a series of firsts to her credit, Kadambini Ganguly was also one of the earliest working women in British India.

Born Kadambini Bose in Bhagalpur, she was raised in Changi, Barisal (now in Bangladesh).

Her childhood was strongly influenced by the Bengal Renaissance and her father, Braja Kishore Basu, was a renowned champion of the Brahmo Samaj. As a headmaster, he was dedicated to female emancipation and co-founded Bhagalpur Mahila Samiti in 1863, the first of its kind women’s organisation in India.

A young Kadambini completed her formal education from Banga Mahila Vidyalaya, later merged with the Bethune School. She was the first candidate from the Bethune School to appear for the University of Calcutta entrance exam and created history becoming the first woman to pass the test as early as 1878.

Her success encouraged Bethune College to introduce FA (First Arts) and Graduation courses in 1883. Kadambini was one of the first two graduates, along with Chandramukhi Basu, in the entire British Raj.

Apart from education, she challenged everything the society deemed acceptable at every step. She married her teacher, Dwarakanath Ganguly, a prominent Brahmo Samaj leader from the Banga Mahila Vidyalaya, who was 20 years older to her.

Not one Bramho member accepted their wedding invitation.

When most thought she would put an end to her education after graduating, Dwarkanath encouraged her to study medicine. Her decision to do so as a woman received severe backlash in the Bhadralok (upper caste Bengali) community.

So much so that the editor of the popular periodical Bangabasi, Maheschandra Pal, referred to her as a courtesan in his piece.

Angered by the editor’s shenanigans, Dwarakanath confronted him, and in a not very subtle manner, made him swallow the piece of paper where that comment was printed. He was sentenced to six months’ imprisonment and paid a fine of one hundred rupees.

But the road to becoming a doctor was a difficult one. Calcutta Medical College refused to admit Kadambini as a candidate despite her merit because there was no history of Indian women studying there.

Dwarakanath, for the longest time, had also been campaigning to ensure accommodation and enrollment of female students in Calcutta Medical College. It was only after the couple legally threatened the authorities, did they allow Kadambini to study.

1886 marked her record as one the first Indian women physician eligible to practice western medicine alongside Anandi Gopal Joshi. She received her GBMC (Graduate of Bengal Medical College) degree, allowing her to practice.

She even left for the United Kingdom in 1892 to get more experience in her field and received various certificates from Edinburgh, Glasgow, and Dublin. After returning to India, she worked for a short period in Lady Dufferin Hospital and started her private practice later.

Her thoughts were radical. She was at the forefront of several social movements. She was instrumental in the fight that sought to improve conditions of female coal miners in the Eastern India. She was also a part of the Indian National Congress’ first ever female delegation (women who were selected to vote) in its 5th session.

When the Partition of Bengal divided the country in 1906, Kadambini organized the Women’s Conference in Calcutta for solidarity and served as its president in 1908. In the same year, she openly supported the Satyagraha and mobilized people to raise funds to support the workers.

She served as the President of Transvaal Indian Association formed after the imprisonment of Mahatma Gandhi in South Africa and worked tirelessly for Indians there.

Kadambini openly spoke against the Calcutta Medical College’s practice of not admitting female candidates at the Medical Conference of 1915.

It was her provoking lecture that led the university authorities to amend their policies and open their doors to all female students.

Her husband’s death in 1898, made her mostly withdraw from public life and affected her health too. A year before her death, she visited Bihar and Orissa to help women mining labourers.

Until the day she died, she did not turn down any of medical calls. She died on 7th October 1923, fifteen minutes after returning from one of her regular medical calls. Unfortunately, she left the world, before any medical aid could reach her.

As a champion of women’s education and rights, Kadambini Ganguly may have long gone, but she will never be forgotten!