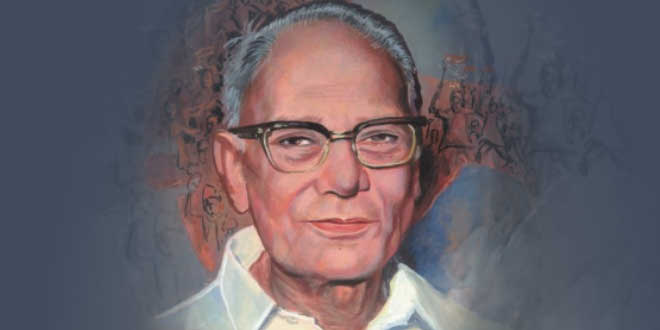 Jayaprakash was an Indian freedom fighter and political leader of India. Popularly called JP by his allies, Narayan is remembered for spearheading the opposition to Indira Gandhi during the 1970s era. This biography traces out the political life history of Jayaprakash Narayan who was born in the Sitabdiara village in the Saran district of Bihar. Being a bright student, he went on to complete his BA and MA in politics and sociology from the United States in 1922.

Once in the United States, Jayaprakash Narayan studied the political science, sociology and economics at the Universities of Berkeley, Iowa, Wisconsin and Ohio State. He was really impressed by Marxism during his study at the University of Wisconsin at Madison. The ideas and writings of M.N. Roy also equally impressed him. But financial problems and his mother’s health caused him to give up his dreams of securing a PhD.

It was while Narayan was returning to India that he got the chance to meet revolutionaries like Rajani Palme Dutt in London on his way back to India. As such, he joined the Indian National Congress in 1929 upon receiving an invitation from Pandit Jawaharlal Nehru. In the time to come, the great Mahatma Gandhi turned out to be the mentor and guide of Jayaprakash Narayan. Narayan was jailed and tortured by the British forces several times during the war for Independence.

Jayaprakash Narayan played a crucial role in the Quit India movement and earned a lot of fame and respect for this. JP wedded freedom fighter Prabhavati Devi, who was a follower of Kasturba Gandhi. She resided at the Sabarmati Ashram while Jayaprakash Narayan was studying abroad. Though she nurtured viewpoints that contradicted JP’s, yet her husband always respected her independence.

Jayaprakash Narayan met Ram Manohar Lohia, Minoo Masani, Ashok Mehta, Yusuf Desai and other national leaders when he was put behind bars in 1932 because of the civil disobedience movement. After JP came out of jail, the Congress Socialist party was set up. While Acharya Narendra Deva was elected as its President, JP was chosen its general secretary. During the Quit India Movement in 1942, JP was again at the helm of the agitation.