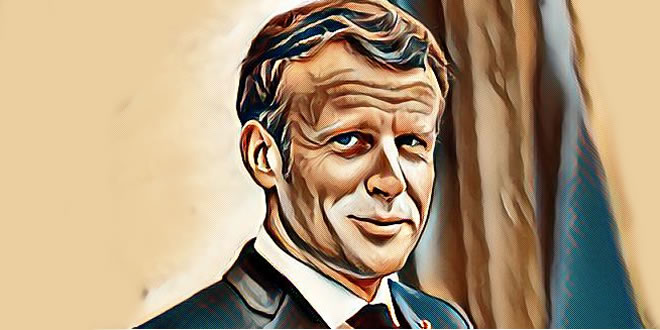 Born as Emmanuel Jean-Michel Frédéric Macron, on December 21, 1977, in the city of Amiens, located in northern France; known as Emmanuel Macron. He is the current president of the French Republic, being the twenty-fifth in the position. Added to this, he is also co-Prince of Andorra and Grand Master of the Legion of Honor.

He is the son of Jean-Michel Macron, a doctor, and professor of Neurology at the CHU of his native Amiens and of Françoise Macron-Noguès, also a doctor and counselor.

Macron did part of his studies at the Jesuit school La Providence, where he stood out for his good grades. There he was a student of the French Literature and drama teacher: Brigitte Trogneux, whom he would fall in love with when he was only 15 years old and she 39 when she was married and had three children. Of course, this relationship was frustrated, although it remained with the promise that someday they would get married. At this time, he also studied six years of piano at the Conservatory of Amiens.

He finished his secondary studies at the Henri IV Liceo in Paris. There he also studied his first three years of college in preparatory classes at the major schools of letters and social sciences. This happened between 1995 and 1998, although he did not finally enter the Normal Superior School.

After this, he entered the University of Paris-Nanterre where he obtained the title of Philosophy, being Hegel the subject treated in his thesis. He then graduated from the Political Studies Institute of Paris in Political Science in 2001, while also becoming a member of the Socialist Party, at the time being 24 years old. But it was not until 2004 that he finished his studies by becoming an inspector of finance at the National School of Administration (ENA), a place where French elites are trained.

At the age of 25, although he was studying philosophy, he had written research on Hegel and Machiavelli, which led him to become an assistant to the renowned French philosopher and anthropologist: Paul Ricoeur.

Already in his professional life, he served in 2007 as a reporter at the Attali Commission, the same year in which he married Brigitte Trogneux, who had been his former teacher of French literature at the Jesuit school. Such was the opposition of Macron’s relatives to their relationship, that this had an influence on his choice to go live in Paris. However, Macron and Brigitte managed to reunite years later. After the divorce with her former husband, the couple celebrated their nuptials in 2006.

In 2008, he became interested in Banca Rothschild. There he stayed for four years and was in charge of a great deal between the Nestlé and Pfizer transnationals, since he had achieved the friendship of such influential people as the great patron of Nestlé: Peter Brabeck, and with the renowned economist Jacques Attali, with whom he wrote, for that same year, a report to determine the economic growth of the country, which had been commissioned by Nicolas Sarkozy.

In 2011, bet on the candidacy for the presidency of Hollande (now his predecessor) and participates in the development of his speeches and program. Thus, after winning the elections, in 2012 he is incorporated into the cabinet and is in charge of both the economic area and the preparations and negotiations in the G-20. In this way, Macron leaves the Bank for the Elysée Palace.

On May 15, 2012, he was elected as deputy general secretary of the Republic, being criticized by the left wing of the French Socialist Party. However, by then Macron already counted on the friendship of the companies. So, for two years, he kept the president’s relations with the big bosses stable.

This replaces Arnaud Montebourg, in the Ministry of Economy, Productive Recovery and Digital Affairs for the date of August 26, 2014, when Manuel Valls still governed. This event was frowned upon by some socialist parliamentarians, who opposed the reformist measures of Hollande, which in the end had been inspired by Emmanuel Macron himself.

In 2015 he announced that he is no longer a member of the Socialist Party.

Subsequently, in August 2016, he decided to resign as minister to dedicate himself fully to the political movement he had just created, called “En Marche!” Whose initials (E.M.) coincided with those of his name. This had already been presented at a public event in April of the same year in Amiens, his hometown. Then, in November, he launches his candidacy for the presidential elections in France in 2017.

Emmanuel Macron wins the elections on May 7, 2017, in the second round of the presidential election, with a large and strong percentage, 66.1% of valid votes, against 33.9% reached by his rival: Marine Le Pen, who was a candidate for the National Front. By achieving this victory at 39 years old, became the second youngest leader of France, the first was Napoleon, who was crowned emperor at his 35.