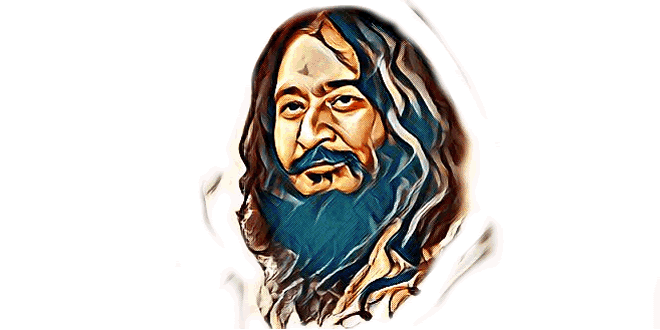 Ashutosh Ji Maharaj — The founder & head of Divya Jyoti Jagrati Sansthan is His Holiness Shri Ashutosh Ji Maharaj. His Holiness has a glorifying, adorable and lionized past, but we don’t want to influence you by it because a Saint is known by His Spiritual Knowledge and not by His past. We are not giving the introduction of His Holiness Shri Ashutosh Maharaj Ji as a person, rather informing all, of His being as a Perfect Master – a Spiritual Guide. The Perfect Master (Satguru) is a designation given, or say, a qualification procured by one, who is established in the God and has the apt capacity and capability to practically show and make other realize the True Self (Atman) by the technique of Divine Knowledge® (Brahm Gyan®). Whenever a flower blooms, the entire world knows it and acknowledges it, by its fragrance without its pompous propagation and confusing conjuration. Likewise, when a Self-Enlightened Soul descends the earth to impart and disseminate the Divine Knowledge (Brahm Gyan) – process of inner awakening, He will be known by His unfathomable knowledge alone. His Holiness is an Enlightened Soul. The testimony of all His teachings and knowledge can only be understood by practical experience of the same, by a true seeker. The limited words find it difficult to explain Him and His fathomless dimensions of Spirituality. Divine Knowledge® (Brahm Gyan®) is the only testimony for acknowledging the Knowledge of the Saint as well as the Truth. His Holiness Shri Ashutosh Maharaj Ji thus, once declared, “Man needs inner pacification & Society needs real renovation. This is only & only possible, by the Divine Knowledge dissemination. Such a Silent Revolution is sure to be successful because it is pillared on the platform of Practical Realization of God.” 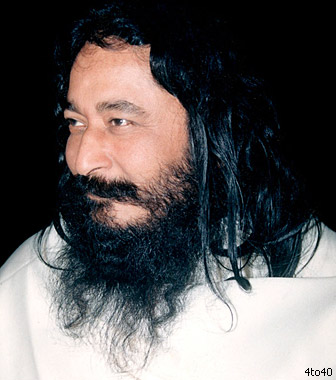 In 1980’s Punjab was scorched in the burning flames of terrorism and fanaticism. Certain section of society became hostile to the unity and integrity of the nation and humanity, for they wanted power and position. To fulfill their nefarious desires, they propagated the idea of a Utopia, where all people shall have complete material happiness and success. Innocent people unaware of the reality started supporting the hardliners. There was a complete commotion and chaos in the entire state. People were uprooted from their human and cultural values and took up to arms to form the much heard and dreamt Utopia. Thus violence and terrorism flourished day and night. Humans and human lives were left with no dignity and security. The clouds of Death and violence shadowed every nook and corner. At such rupturing situation, when people were fleeing away from traumatized Punjab, His Holiness Shri Ashutosh Maharaj Ji, after a comprehensive and methodical world tour, dared to enter here, with His Mission of World Peace and Universal Brotherhood. His Holiness Shri Ashutosh Maharaj Ji, unmoved by the threatening and malign motives of the militants, fearlessly disseminated peace to the people at general, through Divine Knowledge® (Brahm-Gyan) – seeing and tuning to the True Self (Atman). This pious and challenging task demanded the formation of a well organized functioning. His Highness thus lay the founding stone of Divya Jyoti Jagrati Sansthan (Divine Light Awakening Mission) in 1983 at Nurmahal (Punjab, India). The stinking terrorism and formidable sectarianism were perfectly attacked, exposed and challenged with the vigour of Divine Knowledge (Brahm-Gyan). The greed, fear and anger dwindled from them. From the life of insecurity and communal hatred, people started leading a life in peace and harmony with communal unity. They actively participated in the various spiritual, social and cultural activities by the organization. Especially the youth, misguided by the militants, quit the path of hopelessness and destruction and started progressing in the path of constructive dynamism. They comprehended their duties and liabilities towards parents, society, nation and the globe and substantiated as a true citizen to the humanity. Today peaceful ambiance of Punjab is the apparent evidence of triumph of righteousness over evil. Mission grew, is growing and shall grow for the spiritual well being of the mankind.

On 29 January 2014, Ashutosh Maharaj Ji was declared clinically dead by a team of doctors. His followers believe him to be alive and in the state of a samadhi or deep meditation. As of 1 December 2014 his body has been kept in a freezer by the management of Divya Jyoti Jagrati Sansthan, with a firm belief that he will come out of meditation.