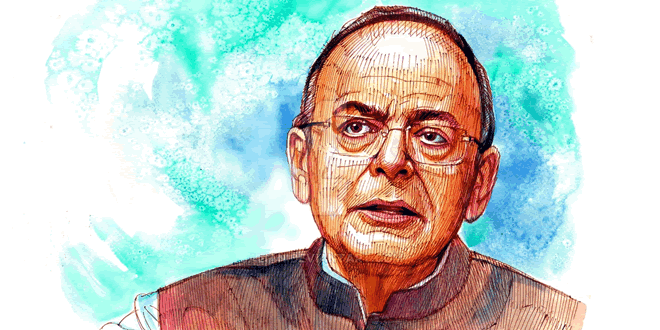 Arun Jaitley was an Indian politician and attorney, who was the Minister of Finance and Corporate Affairs of the Government of India from 2014 to 2019.

One of the prominent leaders of Bharatiya Janata Party (BJP), Arun Jaitley was the Finance Minister & Minister of Corporate Affairs in the government of India. He also served as a member to the Board of Governors of Asian Development Bank. He was a senior advocate in the Supreme Court and a former Additional Solicitor General of India. Jaitley served as the General Secretary of the BJP in 2002 and then again in 2004. He resigned from the post of General Secretary in 2009 after he was appointed as the leader of opposition in Rajya Sabha under the party principle of “One Man, One Post”. Jaitley has always emerged as a strategic planner of the BJP, helping his party member Narendra Modi win the assembly election in 2002. As the General Secretary, he managed eight assembly elections, which proved victorious for the BJP. He was re-elected to the Rajya Sabha in April 2012 for his third term. He was the Vice President of the BCCI but resigned after the IPL spot-fixing scandal.

Arun Jaitley was born to a family of lawyers, social activists and philanthropists. His father, Maharaj Kishen Jaitley, was also a lawyer and they as a family resided in Naraina Vihar, New Delhi. His mother, Ratan Prabha, was a housewife and a social activist at the same time. Arun Jaitley did his schooling from the St. Xavier’s School (1957-69). He was very passionate about studies, debates, and sports such as cricket. He is a graduate from the Shree Ram College of Commerce and was an active debater and President of the student union of the college. Later, he did LL.B. from the University of Delhi (1973-77).

Since childhood Arun Jaitley had a great amount of interest in law and politics, and his victory in the election as the President of the Delhi University Students’ Union marked the beginning of his political career. He was influenced by the activities of Janata Party and joined the movement against corruption then led by the Janata Party to create awareness among the general public about the misgovernance and corruption by high officials. He was appointed as the Convener of the Coordination Committee of the youth and student organisation.

Arun Jaitley was married to Sangeeta Jaitley, who is the daughter of Giridhar Lal Dogra and Shakuntala Dogra, and has two children, Sonali Jaitley & Rohan Jaitley, and both are lawyers.

He started his political career in 1974 when he won the election to become the president of Delhi University Students’ Union. At a time when the Congress’s rule was very strong, by winning the election as an ABVP (Akhil Bhartiya Vidyarthi Parishad) candidate he made a never-ending impact on the people of India. He was a follower of Jai Prakash Narain, known as JP, and considered him his mentor. In 1975 when emergency was declared for 22 months, Arun Jaitley was one of the leaders to be detained and was imprisoned for 19 months in the Tihar Jail, Delhi. He considered this phase as the turning point in his life as he came across people of different backgrounds during his stay in the jail.

In 1977, when the Congress suffered a humiliating defeat in the general election and Janata Party came to power, Arun Jaitley was the convener of the Loktantric Yuva Morcha.

On 9th August 2019, he was hospitalized at the All India Institute of Medical Sciences, New Delhi under critical condition after he complained of “breathlessness”. On 17 August, it was reported that Jaitley was on life-support. By 23 August, his health had deteriorated.