Rajaram was born on 13-7-31 at Madras (Now Chennai) , India and is now settled at Mumbai, India His interest is both studying and writing Poems. The first poem in English, 'A Song of the World' was written by him in the year 1965. Thereafter, he has written many story poems for the children, humourous poems for the adults and spiritual poems for the elders. In his poems, wood, stone, bird, animals, stars, moon, sun, ocean, and trees-they speak. He has written 'RAMAYANA' the great epic Indian story in easily readable English verses, which have become very popular and are posted here for the reading pleasure of all the poetry lovers. He has also written in simple English poem several other ancient epic stories-Krishna Leela, Mahabarat, Silappadigaram or the Killer Anklet, Manimegalai-the details of which can be found in his website www.divinechannel.in. Till date (31-08-2009) , he has written 18 poetry books: (1) Ramayana, (2) Mahabharata, (3) Krishna Leela, (4) Silappadigaram or the Killer Anklet, (5) Manimegalai, (6) Adi Sankara, (7) Sakuntala, (8) Nala, (9) Harichandra, (10) Meera (11) Saint Thyagaraja, (12) The Holy Bible, (13) Saint Bernadette Sobirous, (14) A Bouquet of Oriental Poems. (15) Gautama Buddha. (16) Swami Vivekananda, (17) Mother Teresa (18) Srila Prabhupada, (19) Andal, (20) Lava Kusa

Life of Lord Buddha: English Poem for Students and Children 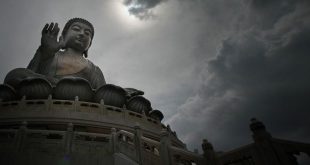 There arose a Soul princely Before Christ, in the sixth century, To revive the Hindu religion mighty, Of India, the ancient country. He was a great reformer, Born to Suddhodana, his father, And Maya, his devoted mother, To shine on their cap as a feather. Born in a grove, Lumbini At the bank of river, Rohini, Near Kapilavastu, a small …