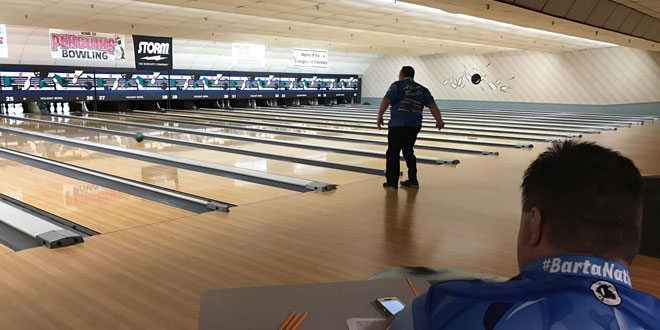 Struthers, Ohio, USA – December 2, 2016 – Adam Barta of Girard threw 191 strikes, breaking the previous Guinness world record by 15; he threw a total of 308 times, thus setting the new world record for Most strikes in an hour.

The Guinness World Records world record for the highest pinfall in tenpin bowling in one hour by an individual is 2,708 and was achieved by Adam Barta (USA) in Wickliffe, Ohio, USA, on 15 February 2015. Of the 291 balls thrown during the attempt, 163 were strikes.

“There is no doubt that this crowd got me over that number, because I didn’t take a lot of breaks. I mean, I don’t even know how many shots I threw, but just unbelievable. It is awesome,” Barta said.

“Records were made to be broken and I am sure that someone will go after my two marks at some point, but this was such a perfect night and everything just seemed to come together for me,” Barta said.

Barta averaged 5.2 shots every minute and at the end, seemed to be at his strongest when he rolled 14 straight strikes.

With more than 300 in attendance and streamed live to a national audience on Bowl Stream TV, his efforts raised over $3,000 for Paige Lejeune’s family and his Barta Nation Families Foundation, The Vindy.com reports.