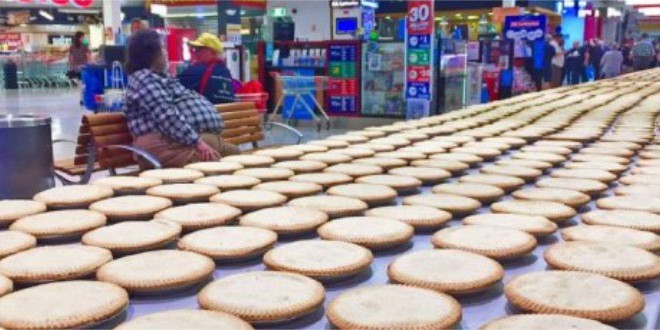 Photo: 1,608 apple and apricot pies were lined up and the record attempt checked by an official.

The Guinness World Records world record for the longest line of pies is 1,477 pies and was achieved by Edgar Hensel (Germany) at Fahrzeughaus Gifhorn Süd, Gifhorn, Lower Saxony, Germany, on 26 May 2013. The line of pies measured 276.5 m (907 ft 1.8 in). The pies were all 16 cm length apple pies.

Guinness World Records also recognized the world record for the largest shaving cream pie fight was held this week with 714 participants in Dallas, Texas by Ringling Bros. and Barnum & Bailey as part of International Clown Week. Participants threw an impressive 1,428 shaving cream pies at each other for just over one minute.

Dozens of volunteers helped line up the pies on trestle tables at a shopping centre in northern Adelaide in a bid to make it into the Book of Records for the longest line of pies, the ABC News reports.

Bakery owner Ben Pacillo said the attempt had taken two years of planning, including working out a record the bakery wanted to break.

Money raised from cutting up the pies and selling the serves will go to a local charity, Positive Care.