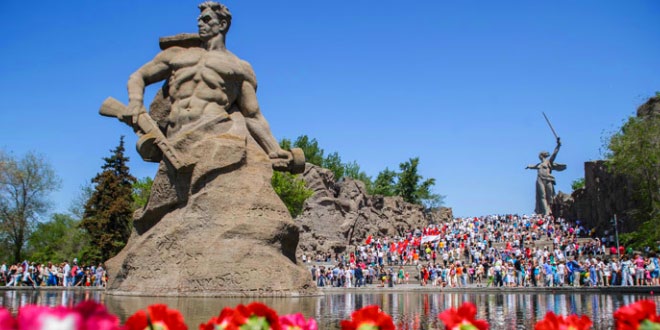 A wedding is a great event in everyone’s life. In India, it is done with a great deal of ceremony. In our films, a large number of stories are based upon weddings. The amount of money spent sometimes constitutes the entire life’s savings of a person. It is an occasion where young boys get to meet young girls, old people talk of their ailments and women exhibit their finest jewellery and silk saris.

Recently I was in Moscow, Russia. Moscow city has many war memorials. Russia has won three great wars in its history, which are a source of pride to them. They have built war memorials and erected many statues of the generals who were responsible for the victories. The first war was between Peter the Great and Sweden. The second war was between Tsar Alexander and Napoleon of France. The third one was against Hitler in World War-2 in 1945.

There is a huge park in Moscow, known as Peace Park. In the middle of this Peace Park there is a large monument. There is a pillar, and on the pillar the different battles fought by Russia have been mentioned along with dates and places. The park has beautiful fountains. In the summer, flowers of many colours bloom and the place is a feast for the eyes. In the night it is decorated with lights. Every Russian is proud of this park and it is a spot visited by all tourists.

The day I went to the park was Sunday. It was drizzling and cold, though it was summer. I was standing under an umbrella and enjoying the beauty. Suddenly, my eyes fell on a young couple. It was apparent that they had just got married. The girl was in her mid-twenties, slim and blond hair and blue eyes. She was very beautiful. The boy was almost the same age and very handsome. He was in a military uniform. The bride was wearing a white satin dress, decorated with pearls and pretty laces. It was very long so two young girls were standing behind her holding up the ends of the gown, so it should not be dirtied. One young boy was holding an umbrella over their heads so that they should not get drenched. The girl was holding a bouquet and the two were standing with their arms linked. It was a beautiful sight. I started wondering why they had come to this park in this rain soon after getting married. They could have surely gone to a merrier place. I watched as they walked together to the dais near the memorial, kept the bouquet, bowed their heads in silence and slowly walked back.

By now I was very curious to know what was going on. There was an old man standing with them. He looked at me, my sari and asked, ‘Are you Indian?’. I replied, ‘Yes, I am an Indian.’ Since we were chatting quite amicably now, I decided to use the opportunity to ask some questions.

‘How come you know English?’

‘Will you tell me why that young couple visited the war memorial on their wedding day?’

‘Oh, that is the custom in Russia. The wedding takes place normally on a Saturday or a Sunday. Irrespective of the season, after signing the register at the marriage office, married couple must visit the important national monuments near by. Every boy in this country has to serve in the military for a couple of years at least. Regardless of his position, he must wear his service uniform for the wedding.’

‘This is a mark of gratitude. Our forefathers have given their lives in various wars Russia has fought. Some of them we won, and some we lost, but their sacrifice was always for the country. The newly married couple needs to remember they are living in a peaceful, independent Russia because of their ancestors’ sacrifices. They must ask for their blessings. Love for the country is more important than wedding celebrations. We elders insist on continuing with this tradition whether it be in Moscow, St.Petersburg or any other part of Russia. On the wedding day they have to visit the nearest war memorial.’

This set me wondering about what we teach our children. Do we Indians have the courtesy to remember our martyrs on the most important day of our lives? We are busy shopping for saris, buying jewellery and preparing elaborate menus and partying in discos.

My eyes filled with tears at the thought and I wished we could learn a lesson from the Russians.