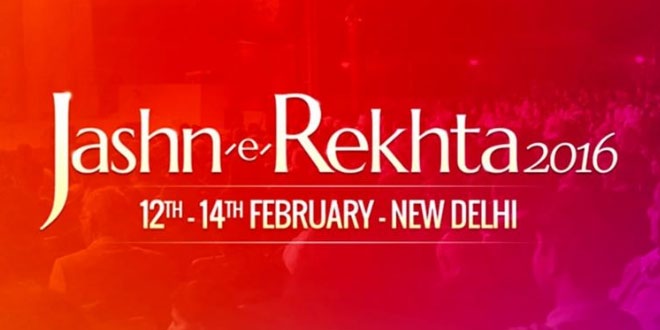 Actor-director Nandita Das, who is making a film on controversial Pakistani author Saadat Hasan Manto, shared a tale on the making of the film. In the session titled “Manto Ab Tak Hum Kalam” (Manto Still Speaks), Bimal Chaddha, a close friend of Manto’s family, and Pakistani filmmaker-actor Sarmad Khoosat were brought in. It was moderated by dastango (storyteller) Darain Shahidi. The session ended with students, scholars and general public seeking answers to questions such as why some litterateurs abhorred him, why he left India and why were his writings banned in Pakistan. The audience was spoilt for choice with plays like Danish Iqbal’s Dara Shikoh, directed by M S Sathyu, Ghalib Ke Khat by Dr Sayeed Alam, qawwali, ghazal evenings by Pakistani artistes, dastangoi on Alice in Wonderland, besides dicussions on Ismat Chughtai’s writings and Urdu in television/films with scholars like Shamim Hanfi, Shamsur Rahman Faruqi, Jeelani Bano, Saiyda Saidain, Padma Sachdev and Javed Siddiqui.

A mushaira focusing on non-Muslim Urdu poets was organised as a tribute to poet Nida Fazli, who was to attend the festival, but died a few days earlier. Poet and anchor Farhat Ehsas, who organised the fest, says he had a clear goal, “I wanted to send a clear message that Urdu cannot be a particular community’s language. Mushairas are generally run by a few lobbying poets on a given theme. We chose to focus on different styles of Urdu poetry by emerging poets.”

What made this festival successful among people across professions, religion, age, intellect and gender? It is an entry into an uninitiated realm — assembling everything on Urdu under one roof with no competition around.
The festival also helped in breaking the monotony of Urdu lobbyists, who have been all over, overshadowing other deserving poets. However, some felt that the show runs the risk of moving away from one lobby and running into another by its sheer packaging of roping in film personalities, who know some Urdu or have the right pronunciation and market them as Urdu scholars. Dr Alam notes, “The festival should not place writers, who have become popular because of films, on the level of poets like Sardar Jafri and Iqbal. There should be a clear line distinguishing between the popular and the scholarly.”

Among the visitors were a few foreign students from Jawaharlal Nehru University. They shared, “It is a beautiful festival just for the fact that, by nature, it is not communal.”

The festival, as Najeeb Jung rightly pointed out, has altered the impression that Urdu is dying or going to die. This Daawat-e-Urdu, therefore, has worked as an appetiser. Now waiting for the main course!