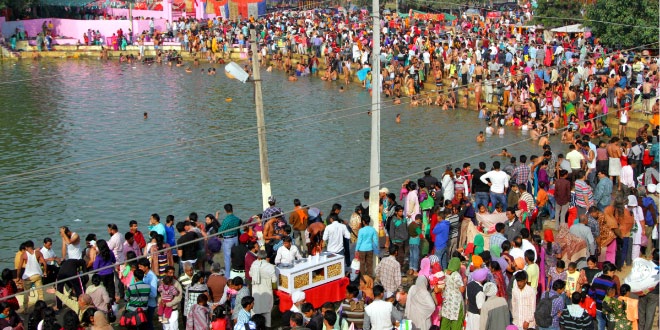 Jhiri Mela – a tribute to a legendary farmer is an annual fair held in Jammu every year in the months of October-November. The fair is celebrated to salute the courage of a farmer, his sacrifice for the liberation of the farming community. The Samadhi of Baba Jit Mal, popularly known as Baba Jitto at Shama Chak Jhiri, about 22 km from Jammu. He had laid down his life after he was cheated by the Kardar of the area.

It is a thrilling experience for every visitor to the fair. The Jhiri Mela celebrates honesty, innocence, humility and stands for courage, culture and truthfulness.

Lakhs of tourists from all over the India gather during the Jhiri Mela to pay tribute to the Samadhi of this legendary farmer.

According to an ancient legend, there was an honest, truthful and uncomplicated farmer called Baba Jitu. A Brahmin and devotee of Mata Vaishno Devi and Raja Mandalik Jitu used to live in Aghar village near Katra, Vaishno Devi.

He grew Fed up with the attitude of his aunt Jojan and decided to leave the village. He met Mehta Bir Singh, the Kardar of the Ambgrota in Jammu and urged him to provide him a piece of land for tilling. But Bir Singh gave him a piece of barren land after signing an agreement, which was written and signed by King Ajaib Dev. Jitto was asked to give one-fourth of his produce to the King.

He worked hard day and night and transformed the barren land into lush green fields. His dream was realized when he had a luxuriant yield. As soon as, Bir Singh got the news regarding the good yield, he arrived at the fields along with his men and asked them to lift three fourth of the crop and leave only a quarter with Jitto.

However, Baba Jitto prayed to follow the terms of the agreement but all his requests fell on deaf ears. Most of the farmers from nearby areas, who gathered could not stop Mehta due to fear of the King’s men.

Left with no solution and no means of help, he committed suicide leaving all surrounding grains red with blood.

People from all over India come to Jammu during the time of Jhiri Mela to pay homage to Baba Jitu and his holy soul.

During the fair exhibitions are organized that cater to diverse variety of articles ranging from Pottery, vases, utensils and toys to books on Baba jitu. 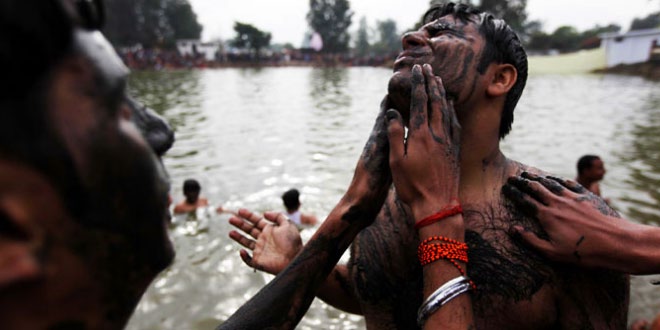 For the people coming from all over India, one important ritual during the Jhiri Mela is to take a holy dip in Babe-da-talab which is known to have miraculous powers for curing skin disorders.

Jhiri Mela is celebrated every year in the months of October-November. It lasts for many days and is an exemplary experience for all its visitors.