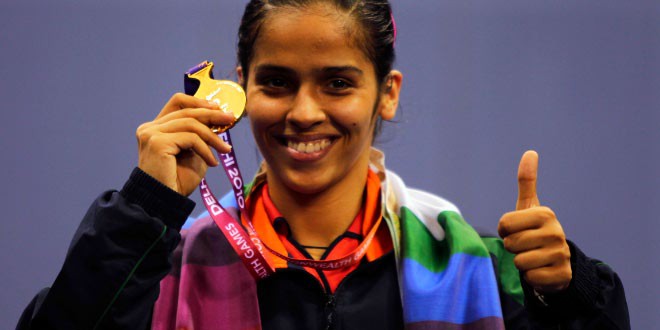 In June last year, Saina Nehwal’s ranking had slipped to ninth and it looked like her younger teammate PV Sindhu would overtake her.

To her critics, Saina — plagued by injuries and bad form — was a spent force. The loss to Olympic champion Li Xuerui in the quarterfinal of the World Championships last year was a telling blow which left her virtually in tears and raised questions about her future. “I was low in confidence that time. I had started losing to top players all the time. In fact, after last year’s world championships, I had even thought of quitting. It was a very dark time in my career. I could feel no improvement in my game,” Saina said.

Over the past year, Saina had to take some hard decisions. The toughest being to part ways with her mentor Gopichand weeks before the Incheon Asian Games to train under former National champion, Vimal Kumar, at the Prakash Padukone Academy in Bangalore.

The rough patch she endured after winning the Denmark Open in October 2012 and Australian Open in June 2014 rattled her. “I realised I had got stuck somewhere. I just wasn’t able to beat the world’s top players. Many people said it was a risk, moving away from a long-time coach. Even I thought I was taking a risk. But I had to take that chance,” said Saina.

The decision to train under Vimal was a move that she could have come to regret, but she pushed on regardless with a great sense of maturity that is showing in her game as well.

“My father told me that ‘you are taking this step, so be careful. This could keep you away from home for many years’. I told him ‘forget it, I am leaving’. There has to be some change in my game,” said Saina.

Changes were made by Vimal — with particular focus on fitness, back court play and court movement. In addition, Saina had lengthy chats with Padukone, who told her how he beat the top players of his era.

Results followed. A bronze at the Asian Games, a Super Series Premier title in China and a place in the All-England final. This included beating three Chinese players en route to the title in China Open, defeating current World No.3 Wang Shixian at the World Super Series Final and, then on her way to the All-England final earlier this month, she beat Wang Yihan, a player she had lost to on each of their seven previous encounters.

And, on Sunday, Saina ensured she had the proverbial cherry on the cake when she won her first India Open title in five attempts and her ninth career Super series crown. A day before, she had already risen to No 1 spot.

No wonder, she’s feeling on top of the world right now.

Share
Previous A Comparison
Next A Distant Dream – Salil Dhawan