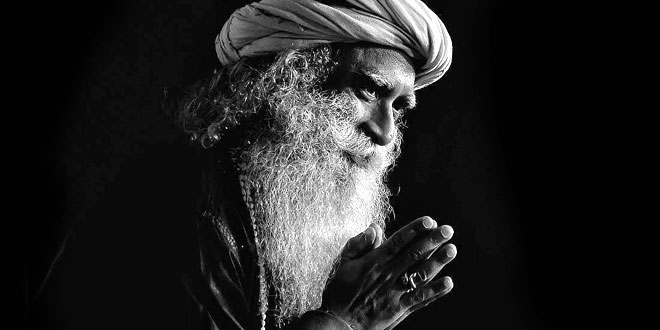 Sadhguru Jaggi Vasudev, is a world-renowned mystic and yogi of Indian origin. The founder of Isha Yoga as well as of Isha Foundation, he is also a very famous poet. His aim in life is to help people in manifesting their own spirituality. Sadhguru Jaggi Vasudev has several yoga centers, set up in the various cities of India as well as the United States. He was a delegate to the United Nations Millennium World Peace Summit and even participated at the World Economic Forum in 2006 & 2007. Read this biography to know more about the guru.

Sadhguru Jaggi Vasudev was born in Mysore city of India, to a physician father. Right from childhood, Vasudev was quite different from the others. At the tender age of thirteen years, he started yogic practices, like Pranayams and Asanas, under the guidance of Shree Raghavendra Rao (Malladihalli Swami). He completed his graduation from the Mysore University of Karnataka. When Vasudev was twenty-five years old, he witnessed an unusual incident that led him away from the material things in life and towards renunciation.

One afternoon, Sadhguru Jaggi Vasudev went to the Chamundi hills and sat on a rock with his eyes wide open. Suddenly, he had an out of body experience. He felt as if he was not in his body anymore, rather spread out everywhere, in the rocks, in the trees, in the earth. By the time he came back to his senses, it was already evening. In the days that followed, Vasudev experienced the same situated again, a number of times. Whenever, he underwent such an experience, he went without food and sleep for the next three or four days.

This episode entirely changed his way of life. Jaggi Vasudev decided to dedicate his entire life to the sharing of those experiences. In the year 1992, the guru and his followers founded the Isha Yoga Center and Ashram. It is situated at the foothills of the sacred Velliangiri Mountains at Poondi, near Coimbatore. The center is spread over an area of 50 acres and houses a massive 13 ft Dhyanalingam, a meditation shrine. There is also a multi-religious temple inside the complex, which was completed in 1999.

It is said that the Dhyanalingam has curative powers and bestows well being and prosperity. Since it is a meditation shrine, it is believed to be reservoir of energies from the people who have meditated there. People can sit inside the Dhyanalingam and meditate for as much time as they want. Isha Yoga Center also houses the Isha Foundation. Started by Sadhguru Jaggi Vasudev, the foundation administers more than 25 yoga centers, a medical center and an orphanage in India, apart from three yoga centers in the United States.

Isha Yoga is basically a form of science, which is subtle yet very powerful. It is based on the principle in which the body is believed to be the temple of the spirit. At the same time, good health is considered as fundamental to physical as well as spiritual development. The main aim of Isha Yoga is to cultivate and promote best possible health, along with peace and calmness. It intends to assist the natural process of unfolding in each and every person. The inner chemistry of a person is changed to release the physical, mental and emotional blocks.