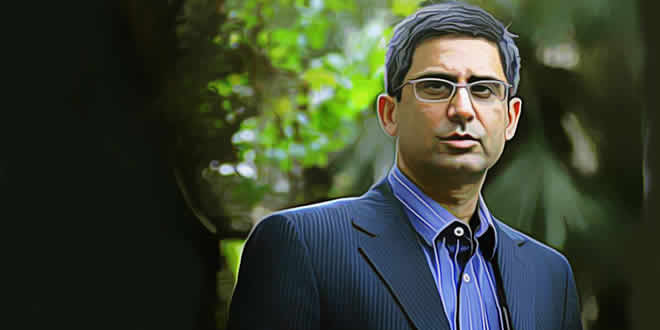 Sanjay Kaul, is the Founder President of People’s Action, a registered society in India involved in social, economic and political advocacy on issues related with good governance in the National Capital Region of Delhi. He is also the founder of United Residents Joint Action (URJA) and United Volunteer Association (UVA).

Sanjay is a member of the Executive Committee of the BJP in Delhi.

Sanjay is a professional public affairs expert with over 20 years of experience in marketing communications and public advocacy. Sanjay was born in Dehradun, a sleepy valley in the foothills of the Himalayas, then part of the state of Uttar Pradesh, now called Uttarakhand and was educated in Vadodara, Gujarat and Dehradun and joined advertising straight from school, rebelling against the doctrine of formal education as it were.

Since then, Sanjay has had a career in advertising and marketing communications that has spanned stints in direct marketing, publishing, sales, advertising, public relations, public affairs strategy and planning.

In 2002-03 Sanjay founded the advocacy group People’s Action, which has since intervened in areas of governance that has ranged from use of electronic meters in autos in Delhi, to an environment census in Gurgaon and from campaigning for electoral reforms at a national level to a direct intervention in the electoral process in the constituency of Gurgaon with a view of engaging the educated middle classes in the electoral process.

This intervention saw the group first registering over one hundred thousand new voters on the rolls and later creating a political party called the Gurgaon Residents Party and setting up a candidate through a transparent selection process based on the US primaries format to provide the option of a clean candidate to the middle classes.

People’s Action has now expanded to include civil society groups in Delhi and Gurgaon in an effort to confederate these groups into a cohesive and powerful voice for reform in all aspects of city governance and governance per se.

In 2005 Sanjay led a powerful campaign against the decision of the Delhi Government to increase power tariffs and successfully forced the Government to roll-back the hike using the principle of collective bargaining (people power) by confederating the various Resident Welfare Associations in Delhi.

People’s Action has since spawned the United Residents Joint Action (URJA), an apex body of resident welfare associations (RWAs) across Delhi to enhance representation of civil society in matters of policy. This group operates as an All-Delhi RWA collective with a democratic set-up that mirrors the political geography of the state to induce better accountability from elected representatives in the State.

Through People’s Action, he has also initiated a student’s union in the Delhi University called United Students which started the nation-wide protests on the reservation issue, ran a campaign to enlist students as first-time voters and have fielded candidates for two University elections since 2006 all with a view to generate a new cadre of student leaders.

Sanjay is a trained writer and has written for various media on issues of governance.

Sanjay has now also initiated the United Volunteer Association (UVA) – a new group of young professionals who are lobbying policy makers on issues of critical interest to the nation, such as defence, finance, rural economics, education, employment, corruption and developing a nationalistic outlook among youth – both rural and urban.

Sanjay has recently successfully convinced the Municipal Corporation of Delhi to institute the Resident Ward Committee scheme, a path-breaking initiative aimed at improving civic governance by enhancing transparency and accountability within the municipality and increasing citizen-municipality engagement.

One of the most prominent and popular Delhi BJP leaders on social media, with over 38,000 Facebook fans and over 9000 Twitter followers, he is also mentioned in countless story items on the internet. He is a prominent face on TV and writes for publications. He is considered a thought leader in politics and was identified as a Future Leader in The Times of India Lead India Program in 2007.