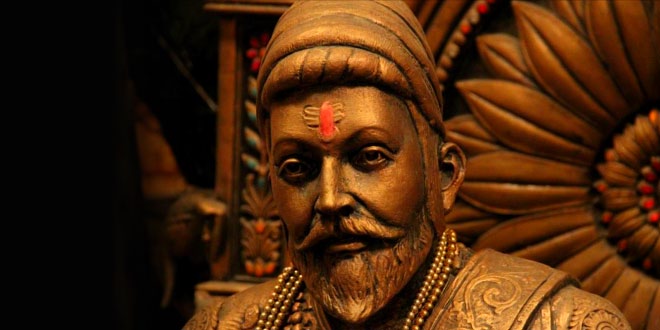 Chatrapati Shivaji, was the son of Shahji Bhosle and Jijabai. He was born on 19th February, 1630. As a young boy he learnt to read and write, wrestling riding and many other physical arts. Shivaji was deeply religious and hated the Muslim rulers.

When he was just 18 years old, Shivaji captured the fort of Torna from the rulers of Bijapur. He raised an army of his own and captured many more forts. By the end of 1659, he ruled 40 forts, and had a huge army.

The Bijapur government sent Afzal Khan with an army of 10,000 men to fight against Shivaji. But Shivaji killed him. He and his Maratha soldiers captured the Bijapuri soldiers. This event made Shivaji very famous. Shivaji began to expand his territory further. He built new forts and gave grants to merchants and poor people. He was a kind and able ruler. He respected women very much, and worshiped Goddess Bhawani. Shivaji was also very brave and clever.

The Mughal ruler Aurangazeb wanted to capture Shivaji. Shivaji was defeated in the battle and brought to Agra. But he and his son escaped by hiding inside baskets of sweets. Shivaji disguised himself as a sanyasi and went to Allahabad.

Shivaji was crowned as the Maratha King in 1674, and took the title of Chatrapati Shivaji. He conquered more regions in the South and made himself very strong. He ruled for many more years, but fell ill and died on 3rd April, 1680. Shivaji is a great hero of history. He fought for the Hindus against the Mughal rulers. He loved his motherland. Such was the life of this great emperor.