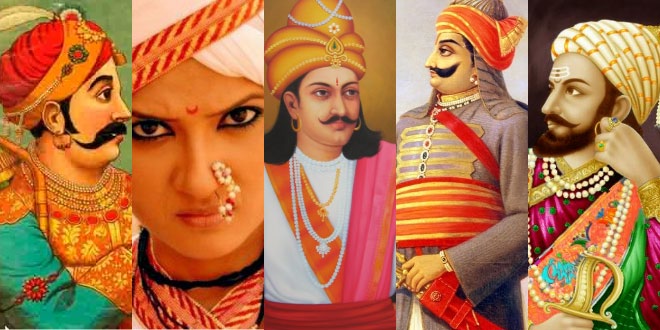 India has played host to the ebb and flow of empire-building since around 600 BCE. Its position at the confluence of east and west has also seen it come under fire from various would-be conquerors, including the Mongols of Genghis Khan and Timur, the Persian Achaemenids under Cyrus the Great, and even the Macedonian warrior Alexander the Great. For much of the first two millennia, though, India’s conflicts were driven by internal friction between neighboring clans and kingdoms, led by some brilliant military and diplomatic minds – and others whose intentions were rather more sadistic.

Chhatrapati Shivaji: Chhatrapati Shivaji was the famous Maratha king who had the utmost courage to stand against the vast ocean of Mughal rule, single-handedly. Although his original name was Shivaji Bhosle, his subjects lovingly gave him the title of ‘Chatrapati’ or the ‘Chief of the Kshatriyas’ for his undaunted ability to protect them all under the safe shelter of his leadership.
Pages: 1 2
Share