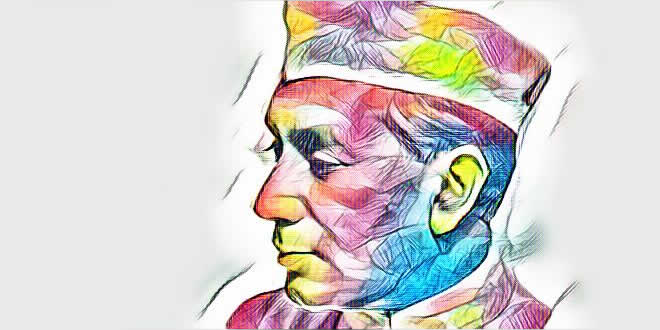 Birbal Sahni — In 1932, a foreign scientist who came to Lucknow University to meet Birbal Sahni, the greatest palaeobotanist India has ever produced, was amazed to find the professor sitting in a corner of the small botany museum.

“Hello, Professor Sahni!” he said, shaking hands, “you don’t even have a room to yourself!”

“Great scientists have worked in garrets,” replied Sahni with a smile.

Palaeobotany, the study of plants of past ages, was then a new science in the country. No equipment was available to cut and grind rocks so that the fossils of extinct plants that they carry should be studied. Sahni spent much of his time doing this work with his own skilled hands. He even used to spend his own money to buy tools. In fact, to build an institute wholly devoted to palaeobotanical studies was his ambition.

Being a teacher, Sahni first raised the standard of teaching at the Department of Botany. Next he established the Department of Geology. A logical sequence was the establishment of the institute of palaeobotany. It was the first of its kind in the world. A week after Jawaharlal Nehru laid the foundation stone of the building in 1949, Sahni died. His wife completed the task he had left undone. The institute is today known as the Birbal Sahni Institute of Palaeobotany.

Sahni was born on November 14, 1891, at Bhera (Punjab) now in Pakistan. His father was a chemistry teacher who was interested in the study of nature. During vacations the older Sahni used to take the boy on treks in the mountains. Together they used to collect rocks, plants and fossil-bearing rocks. The young Sahni became so interested in botany and geology that, against the wishes of his father, who was keen that he join the Indian Civil Service, he took them up as his career.

After graduating from Punjab University, Lahore, in 1911, Sahni went Britain. In 1919 he secured his D.Sc. From London University. Subsequently, he took up research on ferns, conifers and fossil plants under the guidance of a noted botanist, A.C. Steward. In 1929 he became the first Indian to get a D.Sc. from Cambridge University, a rare distinction then. In 1936 he was elected Fellow of the Royal Society.

Palaeobotany is a subject which needs knowledge of both botany and geology. It also calls for an adventurous spirit and a physique good enough for trekking on the mountains in search of rocks that contain plant fossils. Once the rocks have been collected and ground, the abilities of a detective are required to piece together the picture of that ancient plant from the scattered information available in the fossils. From childhood Sahni had acquired these qualities.

He was the first botanist to study extensively the flora of Indian Gondwana. He also explored the Raj Mahal hills in Bihar, which is a treasury of fossils of ancient plants. Here he discovered some new genus of plants. The important and interesting ones are Homoxylon rajmehalense, Rajamahalia paradora and Williamsonia sewardiana. Some of his discoveries have helped in understanding the evolutionary relationship between certain species of plants of the present and past ages.

Sahni was a geologist too. Using crude instruments and his vast knowledge of ancient plants, he estimated the age of some old rocks. He showed that the age of the Salt Range, now in Pakistan Punjab, is 40 to 60 million years old and not about 100 million years, as believed till then. He found that the Deccan Traps in Madhya Pradesh were of the tertiary period, about 62 million years old.

Besides, Sahni took a keen interest in archaeology. One of his investigations led to the discovery of coin moulds in Rohtak in 1936. For his studies on the technique of casting coins in ancient India he was awarded the Nelson Wright Medal of the Numismatic Society of India.

He was also good at painting and clay modeling and had a large collection of stamps and coin.