Ashtang Ayurveda — Basically people approach Ayurveda when they get tired of trying other means and have no single hope for recovery. Ayurveda is not only of great help to recover from disease it also help for long healthy life and to maintain health, the proper diet knowledge of Rasayana is necessary. So here in our next phase we will discus about how to maintain health to live 100 years with healthy body, mind and soul with the help of Rasayanal.

Ayurveda as a science of healthy life prevention and longevity is the oldest and most holistic medicinal system available which belongs to both body and spiritual healing. it was written form over 5,000 years ago in India, Ved Vyas wrote down the Vedas first time. Ayurveda originated from India and influenced ancient Chinese medicine system and medical system practice in Greece. That is why Ayurveda is known as “mother of all healing”.

Ayurveda is a vast science so for convenient study of Ayurveda, it is divided into eight branches, which are collectively called as Ashtang Ayurveda. The eight branches of Ayurvedic science are as follows: 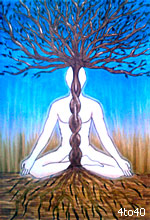 Ayurveda helps us in understanding each individual at a very subtle personal level and giving a detailed description about diet, daily routine, life-style, actions and activities to be followed. It’s a science that teaches how to live life in a true and natural balance. Ayurveda aims at having a healthy and happy society free from diseases. Two most important aims of Ayurveda are: to maintain the health of healthy people and to cure the diseases of sick people.

Ayurveda as a vast science is divided into 8 parts for convenience to study it. All these 8 braches are collectively called Ashtang Ayurveda.

The word Kayachikitsa is made up with two words “Kaya”+ “chikitsa”. “Kaya” means body and “chikitsa” means treatment. This part is consists of the diagnosis and treatment of general diseases, like Fever, Diarrhoea etc. Charaka samhita is the main text in this area . This branch includes panchkarma, parkriti (humour) determination, medicinal herb selection according to weather and their effect according to humour. This part is providing all information for treatment . It also includes all information related to clinical signs and symptoms, makes a proper diagnosis and shows how to proceed treatment according to body humour. 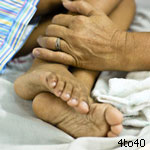 Kaumarbharitya is also made with two Sanskrit word’s that is “Kaumar” + “bhritya”. “Kaumar” means balak (child), “bhritya” means palan poshan. “Palan” means ‘to cradle, to encourage, to protect’ and “poshan” means ‘to nourish, to cherish, to assist’. In this are described the treatment of the diseases of the children and their nursing – the method of the correct nourishment and bring up of children. In the case of infants several diseases may occur owing to the defect and default in the mothers’ milk upon which it feeds. In this case, the mother also is to be treated for the benefit of the child. This treatment is also a part of this system. Kasyapa Samhita is the main text in this field. 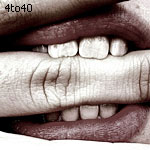 This branch deals with incantations and modes of exorcising the evil spirits and making offering to the Gods, Demons, Gandhrvas etc. for curing diseases originating from their malignant influences. These demoniacal possessions were originally understood to be various phases of deranged faculties of the mind or mental diseases and hence medicines are also prescribed in this system along with hypnotic treatments. Bhutavidya is not much different from Psychotherapy and Hypnotism of the modern and along with mind power. 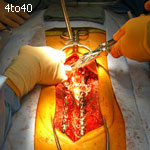 Shalya Tantra is a significant branch of Ayurveda, dealing with surgery. The name of the sage-physician Sushruta is synonymous with surgery. From the Sushruta Samhita, it is clear that sophisticated methods of surgery were in vogue in India, thousands of years ago. Shalya Tantra means removal of an irritating factor from the human body. Shalya refers to the irritating factor, and tantra means technique by which this cause /factor is removed. In this section the method of removing foreign bodies such as, blades of grass, particles of stone, iron pieces etc. This deals with handling delivery cases, methods to bring about safe parturitions in cases of false presentation and Methods of using surgical instruments, of applying cauterise with the help of fire and alkaline substances, of applying bandages, of treating wounds and ulcers, and of treating various diseases that follow surgical potions. 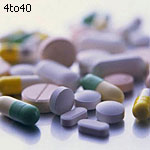 Agadatantra is also consists of two words “Agad” + “Tantra”. “Agad” means poison and “Tantra” mean knowledge. Agada tantra or toxicology is a branch of Ashtang Ayurveda, which includes the science of poisons. Damstra chikitsa branch of ayurveda deals with various methods of cleaning the poisons out of the body as well as recommends antidotes for particular poisons. It deals with a wide range of natural toxins originating from wild lives like animals, birds, insects etc., plants including herbs (belladonna, aconite etc.), vegetables, minerals (leads, mercury, arsenal etc.) and artificial poisons prepared from poisonous drugs. This branch also deals with air and water pollution, which are basically the causes of various dangerous epidemics.

The three samhitas described about this branch of toxicology, which also include description, and disadvantages of food of opposite qualities, drugs and food causing chronic poisoning symptoms. In Ayurveda certain poisons are used as medicines after proper processing and quantification. Precious stones like diamond, ruby and poisonous minerals like lead and mercury were in use for this purpose. This branch also has information regarding fatal doses of various poisons, which are resorted to in a view to administer those into an enemy’s body system.

Rasayana is a sanskrit word consists of two word “Rasa” + “Ayana”. “Rasa” has different meanings like “taste”, “essence”, “flavor”, and “juice”. Basically Rasa which nourishes our body, boosts immunity and helps to keep the body and mind in best of health. “Ayana” means path. So its complete meaning the branch which help to understand such essence helpful for longevity, improved memory, health, youthfulness, glow, complexion, generosity, and strength of body and senses. Rasayana improves the metabolic activities and results in best possible bio- transformation leading to health. Jara Cikitsa or Rasayana Tantra is the rejuvenating therapy, which promotes rejuvenation in a healthy person and cures the disease of a diseased person.

After all these 7 dhatu’s there is one more dhatu known as ‘ojas’. This ojas is known as vital force of life and the immune system. So rasayana chikitsa telling us about how to boost ojas in our body. Ojas gives a bright look, sharp memory, high performance and every expected pleasure. It rejuvenates the tissues of the body to give a young look. Rasayana means that physical, mental and spiritual aid to the human body. To maintain healthy life for 100 years.

According to Ayurveda Shukra (semen) is the seventh dhatu of body and Shukra is honored as the supreme body tissue, end product of body metabolism. Vajikaran Chikitsa is that branch of Ashtang Ayurved, which deals with all types of physical, and psychological sexual problems like impotence, libido, poor erection and early ejaculation in males and sterility, frigidity in females. We will discuss this topic and related to it problems in the future. 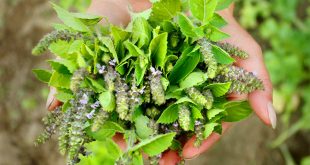 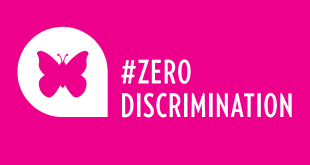 On Zero Discrimination Day this year, UNAIDS is highlighting the urgent need to take action …