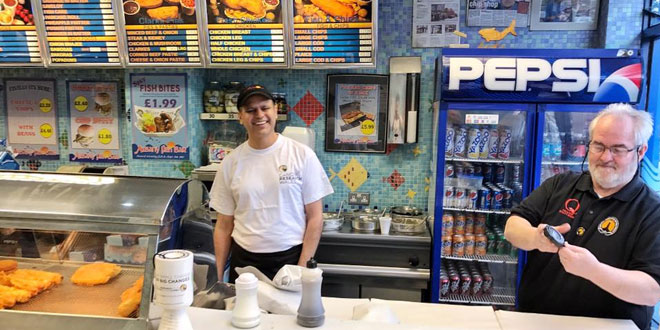 Cardiff, United Kingdom – February 22, 2017 – Staff at the Albany Fish Bar, in Cardiff, broke the Guinness world record for chip wrapping in celebration of its 50th anniversary; they beat the current record of 50.2 seconds with a time of 48.17 seconds, setting the new world record for the Fastest chip wrapper.

The Cardiff takeaway celebrated its 50th anniversary by selling chips at just 5p a portion – and there were queues around the block.

The Albany Fish Bar in Roath decided to offer the whopping discount in order to celebrate its golden anniversary, with a portion of chips costing a shilling when it first opened.

Hundreds of customers gathered on Albany Road to make the most of the deal, with all proceeds and donations going towards Cancer Research UK.