Water Lily — Water lily is the common name for more than 40 species of aquatic plants of the water lily family, Nymphaeceae. Some species are known as LOTUSES. Found throughout temperate and tropical regions, water lilies are characterized by large, nearly circular, leathery floating leaves and by white, yellow, pink, red, scarlet, blue, or purple flowers that float or are supported by stems above the water surface. The white water lily is the national flower of Bangladesh. It is also the birth flower for July.

Water lilies are rooted in soil in bodies of water, with leaves and flowers floating on the water surface. The leaves are round, with a radial notch in Nymphaea and Nuphar, but fully circular in Victoria. Horticulturally, water lilies are divided into two main categories: hardy and tropical. Hardy water lilies bloom only during the day, but tropical water lilies can bloom either day or night, and are the only group to contain blue-flowered plants. Water lilies can be fragrant (for example Nymphaea odorata). There are hundreds of variations of a common water lily.

Water lilies are generally divided into two groups: tropicals, which are usually annuals and are further classified as day or night bloomers; and hardy varieties, which grow as perennials. The night-blooming tropicals are usually fragrant; the scent attracts insects for pollination. Following the return of the rains, primitive peoples witnessed the rise of the undefiled water lily from the bottom of dried-up watercourses and considered the living blooms symbols of immortality and resurrection. The ancient Egyptians from the 4th dynasty greatly valued the sacred lotus,Nymphaeceae totus, in religious ceremonies and funerals. 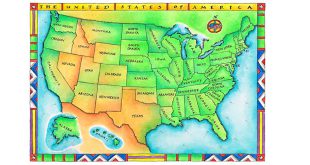