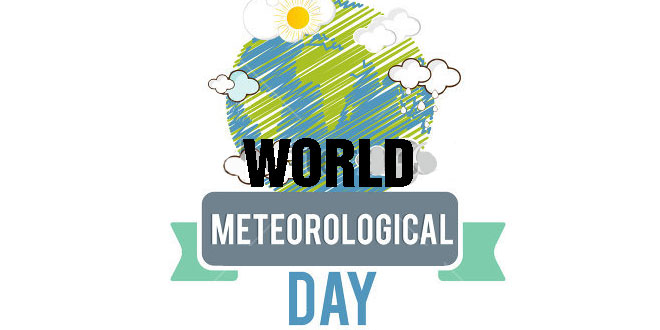 The World Meteorological Organization has been established as a specialized agency in 1951 for meteorology to keep current details about the Earth’s atmosphere behavior, atmospheric interactions with the oceans, resulting climate and distribution of the water resources. According to the statistics of 2013, this organization includes around 191 member states and territories membership, the conference of which was held on 11th of October in 1947 and approved in the year 1950.

World Meteorological Day: Why it is Celebrated

The organization was established aiming establishing a big meteorological station networks contributing towards the safety and efficiency of the shipping services as well as safety and welfare of the people. It also offers very significant role towards the water resources safety, food security and transport.

It has been playing very unique and commanding role in the field of meteorology which contributes to safety and well being of the humanity. Its leadership for organizing programs for National Meteorological and Hydrological Services provides a lot help by protecting life and property from the natural disasters. It safeguards earth’s environment and enhances the people’s economic and social well being through the security of food, water resources and transport.

An Intergovernmental Panel on Climate Change has been established by the WMO and United Nations Environment Programme to directly work for Global Atmosphere Watch. It has been awarded by the Nobel Peace Prize in the year 2007 for their big achievements for the man-made climate change. WMO involved in the research and training activities in the field of hydro-logical, meteorological, climatological and geophysical to offer safety to the people worldwide from the natural disasters as well as the human-induced disasters (like forest fire, chemical or nuclear accidents, volcanic ash and etc). Its leading role in making an international effort for closely monitoring and protecting the environmental disasters through its various launched programs is really amazing.

World Meteorological Day: How it is Celebrated