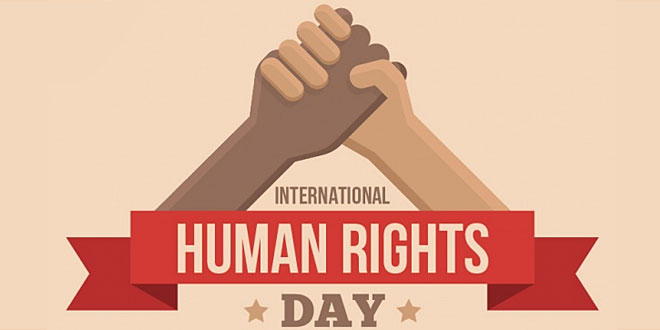 All the member states and interested organizations were invited to celebrate this day. The High Commissioner office of the Human Rights was awarded by the Guinness World Record for the collection, translation (around 380 languages) and distribution of the worldwide announcement of the Human Rights. At this event celebration, a global discussion on the human rights is also hosted by the High Commissioner through the social media websites.

The day is celebrated by organizing the political conferences, meetings, exhibitions, cultural events, debates and many more programs to discuss all the issues of human rights. Several governmental, civil and nongovernmental associations actively take part in the human rights event celebration.

HRD is celebrated by deciding a particular theme to make this celebration more effective and successful. Human poverty in any country is the greatest human rights challenge. One of the major goals of celebrating the human rights day is to eradicate the poverty from the life of human being and help them in getting the well being life. Various other programs including music, drama, dance, fine art and etc are held focusing to help people to learn their rights.

Most of the events held at this day are aimed to instruct people, children as well as teenagers about their human right. Some of the protest activities are also held in order to aware the people from areas where the human rights are unrecognized or disrespected.

HRD is the worldwide observance celebrated by the people all across the world to get the real rights for the human beings. This day is celebrated to improve the physical, social, cultural and spiritual well being and welfare of the vulnerable group of people globally. Some of the important reasons of why do we celebrate and objectives are:

The Universal Declaration of Human Rights (UDHR) was adopted on 10 December 1948. The date has since served to mark HRD worldwide. The High Commissioner for Human Rights, as the main UN rights official, and her Office play a major role in coordinating efforts for the yearly observance of HRD. The day commemorates the work of human rights organizations and all those people with consistent efforts and defend the human rights worldwide.

The existence of HRD came into effect when United Nations Assembly has adopted the “Universal Declaration of Human Rights which was the first global enactment for human rights. All over the world many people among them some are renowned and some are anonymous whether in groups, organization or being alone working towards the campaign of Human Rights in order to end discrimination. Many governmental and non-governmental organizations are also actively participated in various activities of HRD so that people everywhere of the world learn about their Human Rights.

The United Nation’s General Assembly proclaims the Universal Declaration of Human Rights as a common standard of achievement for all peoples and all nations, to the end that every individual and every organ of society, keeping this Declaration constantly in mind, shall strive by teaching and education to promote respect for these rights and freedoms and by progressive measures, national and international, to secure their universal and effective recognition and observance, both among the peoples of Member States themselves and among the peoples of territories under their jurisdiction. The HRD promotes and spread awareness about the following articles under UDHR:

In India, National Human Rights Commission (NHRC) has been constituted under Human Right Act 1993. This has been the milestone of promotion and protection of human rights in Indian society. In India the celebration of HRD on December 10, gives us an opportunity to judge the accountability to human rights standards. The day is also celebrated to promote the universal human rights: to live and to do so peacefully. Human Rights issues in India relate to trafficking of women and children, food security, right to education and health, disappearance of persons, displacement of persons due to disasters, conflicts and development, child labor, custodial deaths, violation of Human Rights in prisons and the disabled etc. On these issues, the Commission is not only dealing with individual cases but also issuing policy guidelines for implementing agencies.