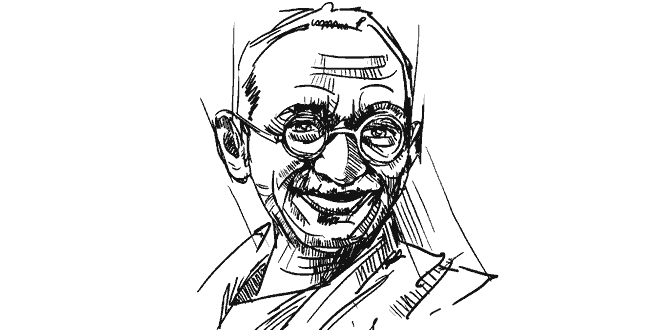 Salutation To The Father of The Nation

Salutation To The Father of The Nation: Mahatma Gandhi had to face a lot of discrimination based on race. This completely changed his perspective of the world after the discrimination and embracement faced by Gandhi due to his race and color, he vowed to fight and see. He decided to fight against this type of discrimination, and he made it a point to raise his voice vehemently against it. He came back to India to practice law but could not make a career in India. There he lived for the next 20 years of his life.

He also started an ashram in South Africa. His years in South Africa also changed Gandhiji massively. He has now imbibed the values of the mother entirely and decided to fight against the problems of the world in a calm and nonviolent manner. Mahatma Gandhi was the founder of the Natal Indian Congress in the year 1894. He kept fighting against racial discrimination. He had already fought in several civil rights movements in South America. His journey as a civil rights activist begun at the age of 22.

Salutation To The Father of The Nation: Anil Deshpande

O, thou, father of the nation,
We owe you salutation.

For each and everything that you did;
For the cause of the nation and freedom’s seed;
For the wheel called ‘CHARKHA‘, * the steering of ‘SWADESHI’ **
For the drive of ‘CHALE JAO’, *** to expel ‘VIDESHI’ ****

For the teachings of truth, nonviolence and peace;
For the messages of cleanliness & patience against tease.

Guided thou, for listening not , seeing not, speaking not an evil;
Still one of us only, dared you kill.
Gone might be you but not your thoughts;
Forever, they’ll inspire, like lustrous spots.

Therefore, O, thou, father of the nation,
We owe you salutation;
With lotuses of hearts of a hundred plus crores;
From the peak of the Himalayas to the ocean’s roars;