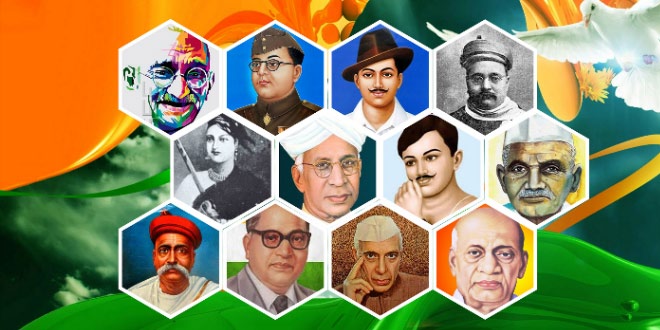 Good Old Days: The Indian independence movement consisted of efforts by individuals and organizations from a wide spectrum of society to obtain political independence from British, French and Portuguese rule through the use of a variety of methods.

Post-independence, the term “freedom fighter” was officially recognized by the Indian government for those who took part in the movement; people in this category (which can also include dependent family members) receive pensions and other benefits such as special railway counters.

The Indian independence movement was a series of historic events with the ultimate aim of ending the British rule in India. The movement spanned from 1857 to 1947.

Where have the good old days
Of my country been swept away?
Why is it that Indians, I feel.
Are proud no longer of their country today.

Where is the leadership of Gandhi
That had kept us united, from dusk till dawn?
Where has the sacrifice of Netaji
That inspired is gone?

Where is the idealism of Nehru
That enthralled the east and west?
Where is the dynamism of Patel
That had no time to rest?

Yet, all is not lost, for it is
From the past that we learn.
And maybe if we all try hard,
Those good old days shall return.

Maveeran Alagumuthu Kone (1710–1757), from Kattalankulam in Thoothukudi District, was an early chieftain and rebel against the British presence in Tamil Nadu. Born into a Konar Yadava family, he became a military leader in the town of Ettayapuram and was defeated in battle against the British and Maruthanayagam’s forces. He was executed in 1757. He was considered among the earliest freedom fighters. Tamil Nadu Government under former Chief Minister J. Jayalalithaa inaugurated his statute in Chennai, opposite to Egmore Railway station. Puli Thevar was one of the opponents of the British rule in India. He was in conflict with the Nawab of Arcot who was supported by the British. His prominent exploits were his confrontations with Marudhanayagam, who later rebelled against the British in the late 1750s and early 1760s. Nelkatumseval in the present Tirunelveli district of Tamil Nadu was his headquarters.