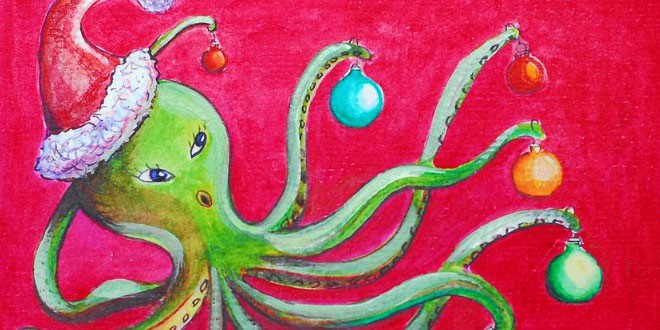 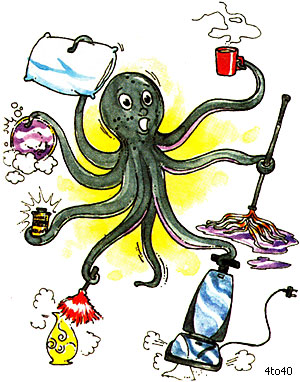 If only I had an octopus,
I’d soon get my housework done.
I’d soon set him to work on the hoovering,
With tentacle number one.

Tentacle two would grab the mop
And start on the kitchen floor,
While he dusted and polished the furniture,
With tentacles three and four.

Tentacle five would turn on the tap
And tackle the washing up,
While tentacle six took a well-earned break
And curled round a china cup.

Tentacle seven would make the beds
And set the pillows straight,
And all the while he’d be balancing
On tentacle eight.

Share
Previous What is an aviary?
Next Everything I Do, I Do It For You – Bryan Adams