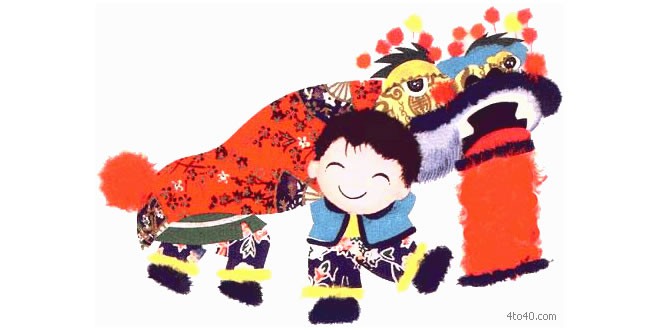 Chinese New Year, known in China as the Spring Festival and in Singapore as the Lunar New Year, is a holiday on and around the new moon on the first day of the year in the traditional Chinese calendar. This calendar is based on the changes in the moon and is only sometimes changed to fit the seasons of the year based on how the Earth moves around the sun. Because of this, Chinese New Year is never on January 1. It moves around between January 21 and February 20.

The Chinese New Year is one of the most important holidays for Chinese people all over the world. Its 7th day used to be used instead of birthdays to count people’s ages in China. The holiday is still used to tell people which “animal” of the Chinese zodiac they are part of. The holiday is a time for gifts to children and for family gatherings with large meals, just like Christmas in Europe and in other Christian areas. Unlike Christmas, the children usually get gifts of cash in red envelopes (hongbao) and not toys or clothes.

Chinese New Year used to last 15 days until the Lantern Festival on the year’s first full moon. Now, it is a national holiday in the Republic and People’s Republic of China, the Philippines, Singapore, Malaysia, Brunei, and Indonesia. It is also celebrated in some parts of Thailand. In some places, only the first day or three days are celebrated. In the PRC, nearby weekends are changed to create a 7-day-long “Golden Week”.

(to the tune of “Old MacDonald Had a Farm”)

Previous What is the Lantern Festival?
Next Looop Lapeta: 2022 Bollywood Comedy Thriller