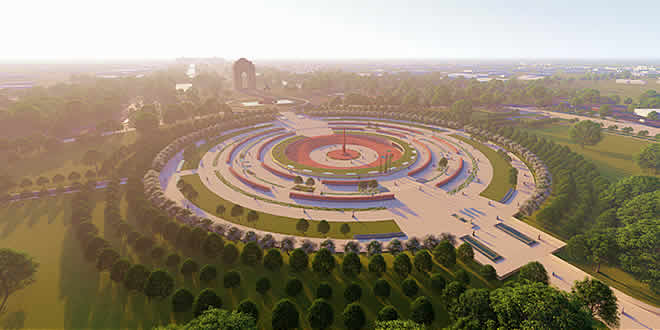 The National War Memorial (राष्ट्रीय समर स्मारक) is a monument constructed by the Government of India in the vicinity of the India Gate, New Delhi, to honour its Armed Forces.

The whole concept is based on the thought that the war memorial should be a place where we don’t mourn death, but celebrate the life of the soldiers and pay respect to the sacrifices made by them.

The Princess Park, is a 14-acres area north of India Gate, with barrack-type accommodation, built during World War II, which since 1947 has served as family accommodation for mid level armed forces officers posted in Service Headquarters in New Delhi.

National War Memorial: All you need to know