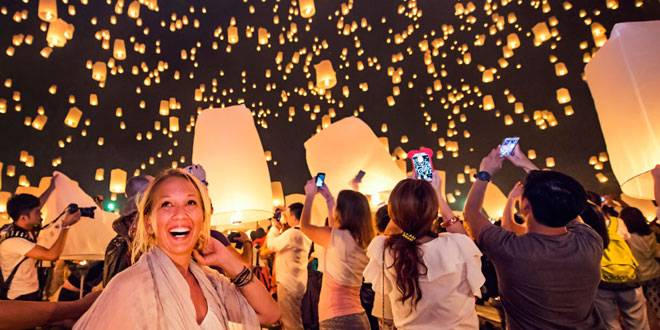 Chiang Mai Yee Peng Lantern Festival Images: Yi Peng or Yee Peng (local name) is part of the festival of lights in Northern Thailand to show respect to Buddha. It’s date usually coincides with Loi Krathong which all of Thailand celebrates using floating lights on water. In Northern Thailand Yi Peng, which is celebrated alongside Loi Krathong, is different in that lights are placed into sky lanterns which float up into the air.

Alongside the floating light ceremonies there are also parades, fireworks, displays of colorful lanterns and cultural highlights involving the Lanna. As Chiang Mai was the former capital of the Lanna Kingdom it holds the largest Yi Peng Festival.