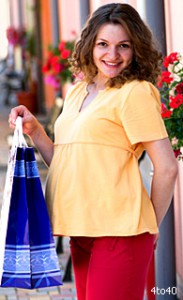 May 17 — It’s celebration time in Japan. The Imperial Household Agency confirmed this week that Crown Princess Masako is pregnant with her first child, news reports said.

The news of the princess’ pregnancy appears to have stimulated hopes for a change in attitudes in traditional Japanese society.

On the one hand, Japanese think-tanks have started pressing for a change in the law that will make it possible for an empress to ascend the throne, in case Masako gives birth to a girl, The Times of India newspaper reported.

And, on the other, shares in baby product companies received a boost based on the hope that Japanese women – whose reluctance to have children has dipped the birth rate – would be encouraged by Masako’s example, the AFP news agency said.

A traditionally oppressive society towards women, the hi-tech nation is now witnessing a situation in which women either do not marry or do not produce children. As a result, the population growth rate of the country is nil.

In fact, Masako, who is now pregnant with her first child, is 37 years old.

And, it has been nearly 40 years since a male descendant was last born into the royal family. So the odds are that the baby will most probably be a girl, The Times of India report quoted experts as saying.

This fact has inspired the two largest circulation Japanese newspapers, the Yomiuri Shimbun and the Asahi Shimbun to publish convincing editorials on the need for a change in the Imperial Household Law whereby only males can become Emperors of Japan.

While Yomiuri’s editorial was headlined ‘The Imperial Family Should Modernise’, the Asahi argued that there is no reason why the country cannot have a female ruler. “The Constitution considers men and women as equals… Objection to an empress on the throne are no longer persuasive,” it said.

However, Japan being Japan, it will be happier if the baby turns out to be a boy, the report concluded.